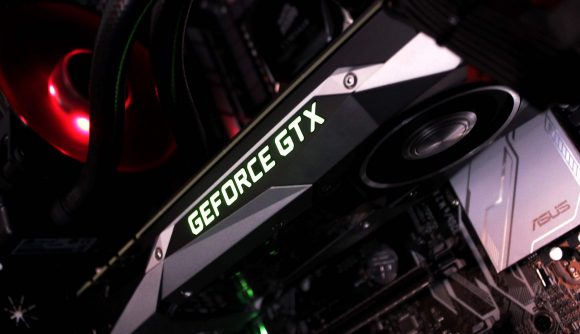 Nvidia and AMD are facing a year-to-year desktop GPU shipment decline of 16% in Q3, according to the latest market research from Jon Peddie Research (JPR). Both companies have already confirmed an overabundance of inventory since the crypto-bubble abruptly popped and the effects of which are starting to make themselves known as the year comes to an end – not with a bang but a whimper.

Nvidia’s CEO, Jen-Hsun Huang, told investors at its Q3 earnings call that the company was holding off shipping new mainstream GPU stock for the next quarter, instead intending on shifting some of the inventory it’s been stuck with since the crypto-boom. However, before that was made public, the company is reported to have increased GPU shipments by 4.3% during Q3 over Q2.

AMD increased shipments by 6.5% during the same period, despite Lisa Su similarly warning about a GPU oversupply. JPR attributes the overall GPU shipment increase – up 10.6% sequentially – to Intel during the traditionally busy quarter. Its figures include those of integrated GPUs such as those built into each and every Intel CPU, and these integrated GPU shipments offset a slow-down in discrete GPU adoption – reportedly down -3.54% from the previous quarter.

GPU shipments for the year are down 2.2% in Q3, while desktop graphics have taken the biggest hit – down 16%. However, notebook GPU shipments are up 7%, with the overall PC market increasing 8% from Q2 to Q3. 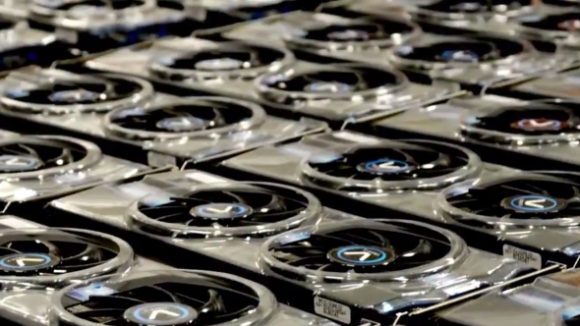 “The effect of crypto-mining on desktop discrete GPU sales is over, leaving AMD and Nvidia with an oversupply in the channel and impacting shipment levels,” says Dr. Jon Peddie.

“The US tax increase on products from China has had a small effect which may worsen in Q4. The drop in the US stock market has caused consumers and enterprise to hold off on purchases. All of that has contributed to the slow sell-off of inventory in the channel, which has reduced demand to the suppliers.”

The remainder of 2018 isn’t looking great for AMD and Nvidia – a stark contrast to the highs of last year. Both Nvidia Turing mainstream and AMD Navi graphics cards aren’t expected to launch until a few months into 2019 at the earliest, and both companies reportedly have to shift a lot of current-gen stock to potentially trepidatious gamers in the meantime to make space on the shelves.