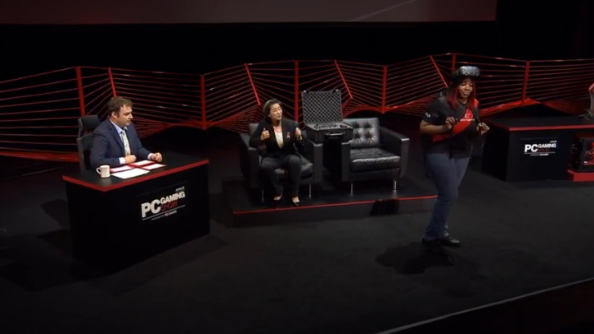 Here’s the details: The RX 480 is the most powerful of the three, offering VR-ready performances at the $199 price point. The RX 470 offers a 2.8x perfomance jump over its previous generation equivalent, and will enter the market below $199.

Then, below that, there’s the RX 460. It’s an eSports-focussed card, says Su, with a 75W TDP and presumably a considerably lower price point again.

Then there’s the VR backpack. AMD have been pottering away with Alienware to develop a prototype of a wearable VR machine and headset. It looks… well, it’s not about how it looks, is it?

There was also a Zen Summit Ridge CPU teaser too, but it didn’t reveal anything we didn’t already know.