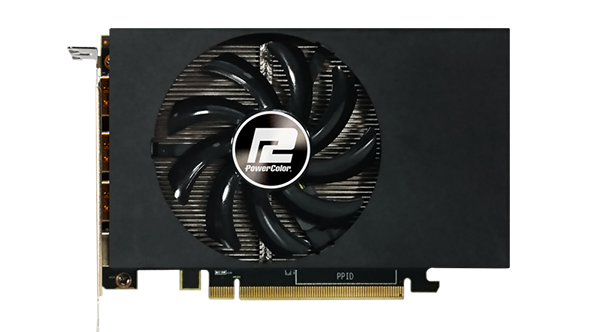 This story was updated due to the PowerColor RX Vega 56 officially launching at Computex 2018.

The Nano only made a brief appearance during the event, but is essentially the same Vega 56 GPU as the full-sized reference card, but squeezed into a smaller form factor.

The existence of this card hasn’t been much of a mystery as it also appeared at various events over the course of the past few months. However, this slightly cut down Nano GPU is now officially available to purchase in “select markets.” This micro-machine is currently listed for $450 at Newegg.

A little more space in your PC case? Here are the best AMD graphics cards to fill the void.

Since AMD launched their RX Vega graphics cards, gamers with loyalties to the red camp have been wondering when either AMD, or one of its board partners, would ever make the most out of the compact PCB.

HBM2 memory was one of the biggest selling points for AMD’s RX Vega graphics cards, but one of the often overlooked features – largely overshadowed by their headline bandwidth capabilities – is the memory chip’s compact nature due to their implementation within the same package as the GPU.

If you look at an RX Vega PCB (printed circuit board) you’ll find it really rather sparse in comparison to a similar spec Nvidia card – aside from power delivery, they are largely bare. Sapphire already shortened the PCB with their Pulse RX Vega 56 graphics card, but this card still made the most of a full-sized GPU cooler and heatsink design to pull away all the heat generated by the toasty GPU. 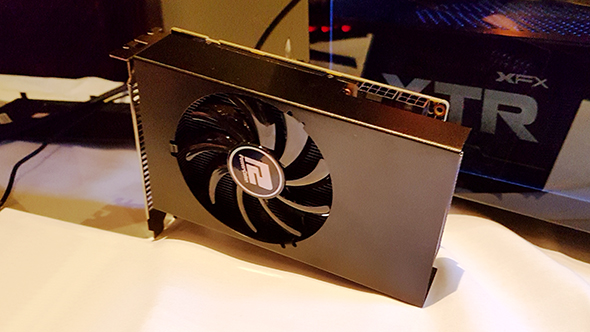 That’s where PowerColor’s Nano Edition card differs. It’s the first design to offer the cut-down PCB and only a single fan design for mini-ITX builds. The design features a single HDMI port and three DisplayPort connectors. As for clockspeeds, the GPU will be clocked to 1156Mhz base with the potential to boost up to 1471MHz.

It seems only an RX Vega 56 version will be available for the time being.

That might be with good reason, too. AMD cards are pretty power-hungry, and with higher consumption comes higher temperatures, too. The single axial fan of the PowerColor Nano Edition is going to have to be well-designed to cope with all that heat the RX Vega 56 is capable of pumping out.

It’s also a rather bland shroud design, and even the rather tame R9 Nano miniature graphics cards, from a few years back, stand out with their reference flair a little more than the PowerColor RX Vega variant just launched. The only feature that breaks up the shroud design are the 8+6 pin power connectors.