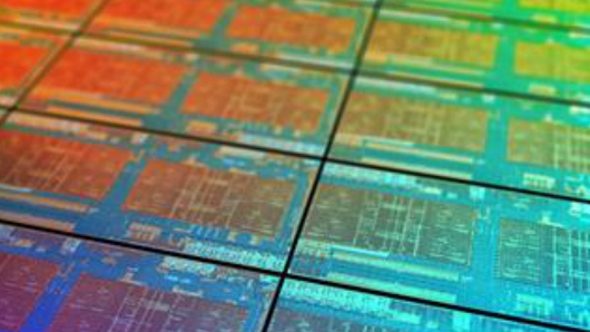 Fresh Geekbench figures have appeared showing the relative performance of the upcoming Ryzen 7 2700X, the chip we expect to be the initial top processor in the AMD Ryzen 2 range.

The results are dated just a few days ago now, and show how the eight-core, 16-thread CPU performs in the Geekbench suite. It’s been run in an X370 motherboard, not one of the new X470 variants, and shows a base frequency of 3.7GHz.

We’re expecting a standard boost clock of 4.1GHz, but there have been some other leaked benchmarks which seem to show a 4.35GHz clockspeed. That could either be through overclocking or potentially via some advanced XFR 2 improvements that could be tied in with the 400-series chipset. 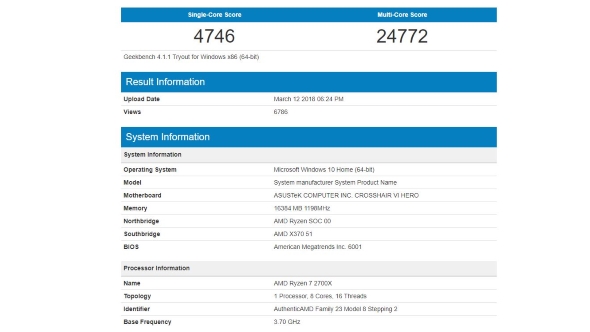 With a multi-core Geekbench result of 24,772 that puts it in between a Core i7 8700K at 25,813 and the non-K version at 22,967 using Geekbench’s own processor comparison benchmarks. That’s a decent score against the finest Intel Coffee Lake chips they have to offer, but more interesting is the relative performance gains over the first-gen Ryzen processors.

If we’re taking the AMD Ryzen 7 2700X as the top processor from the second-gen Ryzen range, we’re looking at a 13% performance boost gen-to-gen compared with the Ryzen 7 1800X. But if we’re just looking at the performance gains going from the Ryzen 7 1700X to the 2700X then the Geekbench results are showing a hefty 18% increase. 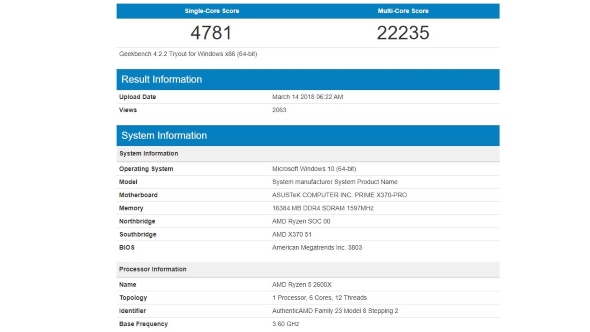 But, as it happens, there are new 2600X Geekbench results too. Again, the test was run in an older X370 motherboard, and that shows nearly a 19% benchmark improvement compared with the 1600X. In pure generational terms that’s a surprisingly large performance increase. Considering the second-gen Ryzen chips are simply running the Zen+ architecture on a 12nm die-shrink that’s a serious gain.

It’s looking like the XFR 2 / Precision Boost 2 combo is really working out for top-end clockspeeds, because both the 1600X and 2600X supposedly have the same base frequency. That would mean the gains are coming at their relative highest speeds, and that’s before any extra X470 overclocking, or rumoured extra tiers of 400-series XFR 2, is thrown into the mix.

Everything we’ve seen about the next generation of AMD’s Ryzen processors has made us excited to see how they perform when they arrive next month, and there’s a good chance they could take the gaming crown from Intel very soon.