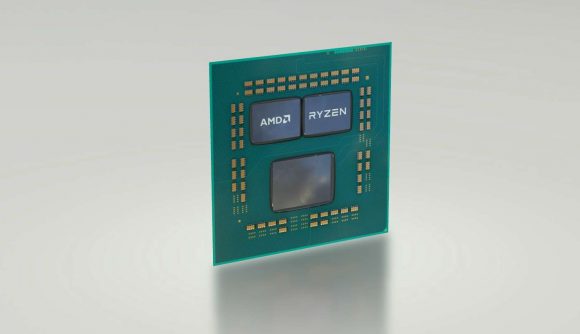 AMD is promising the exact same Ryzen 3000 CPU performance from the last-gen B450 and X470 motherboards as you’ll get from the brand new X570 chipset. That’s great news for anyone sitting on a 400-series board right now, and also for anyone looking to buy into the new Zen 2-based CPUs that doesn’t want to pay a premium for the very top tier of enthusiast AM4 motherboards.

This platform versatility of AMD’s Ryzen CPU range is one of the biggest positives about this family of processors, and the socket compatibility stretching back as far as some of the most popular X370 and B350 for the upcoming chips is pretty unprecedented. AMD’s main CPU rival, Intel, has a tendency to break socket compatibility every couple of years at best.

Compatibility is one thing, but having the same level of processor performance is something else. And the fact that the 400-series boards will deliver the same CPU chops as their new X570 brethren is very welcome news indeed. Though could make the premium-priced X570 motherboards a rather tough sell…

The news has come from a Meet the Experts livestream where Donny Woligroski, part of the enthusiast desktop marketing team at AMD, confirmed the new Ryzen 3000 processors will perform to the same high standards in the 400-series as they will in the X570 boards.

Top mobos: These are the best AMD gaming motherboards around

“If someone’s searching for a platform, and doesn’t really need that enthusiast-class PCIe Gen4 storage, or you’re not planning to buy a PCIe Gen 4 graphics card in the next six months to a year, it makes a lot of sense to look at those lower-tier boards like the X470 and B450, which will offer the same performance on those 3rd Gen Ryzen processors as the X570 will.” 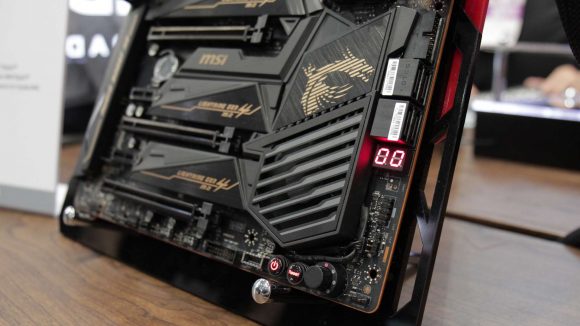 So yeah, if you’re planning on picking up an AMD RX 5700 Navi-based graphics card, and want to shove a new Corsair drive, or Gigabyte’s exceptionally fast PCIe 4 SSD into your new Ryzen 3000 system then go ahead and pick up an X570 board. For everyone else you might as well stick with the 400-series.

“The only limitation being those advanced devices can’t use all the extra bandwidth,” says Woligroski, “but in the benchmarks we’ll still be seeing exceptionally fast performance from 3rd Gen Ryzen.

“3rd Gen Ryzen is a very, very advanced chip, thanks to those incredible IPC increases Ryzen really doesn’t need more than those B450 or X470 platforms. And it will deliver that highest tier performance and very low power usage.”

With the X470 and B450 chipsets AMD is guaranteeing official support all the way from the first-gen Ryzen 1000 processors through to the Ryzen 3000 chips, with or without integrated graphics.

The situation with the 3rd Gen compatibility with 300-series boards is a little more complicated, however. AMD is working with its motherboard partners to figure out which of the older series boards is most popular with gamers out in the wild to see whether they can be patched to support the new chips.

“Our partners are looking at the most prolific boards in X370 and B350,” says Woligroski, “and if they can upgrade them with beta BIOSes, they’re doing that.”