An industry analyst from New Street Research is claiming AMD’s stock price is not sustainable and is predicting a major 30% downturn which will see the red team’s stock dropping to $18. It is looking a little like a self-fulfilling prophecy right now as the share price dropped 11% since Friday, when Pierre Ferragu sent out his note to investors. But the city does have a tendency to overreact and AMD’s price is already bouncing back.

“AMD’s stock price reflects a scenario we don’t believe possible,” says Ferragu, suggesting that after AMD’s meteoric rise over the last couple of years – where its stock has shot up over 150% in the last six months alone – it’s going to go through some sort of correction. Not only that but its main rivals, Intel, will “easily” be able to bring out competing parts that prove superior to the 7nm chips set to come next year.

“AMD is in a tough position, competing with Intel, who can spend an order of magnitude more on R&D,” says Ferragu. “Intel can easily bring to market an architecture similar to AMD’s, with better performance… We expect signs of slowdown or indications of a competitive response by Intel to materialise by the end of 2019.”

Given the somewhat fraught launch and frosty reception the latest Intel 9th Gen chip has experienced, I think the phrase “easily bring to market” might need to be qualified there. Though he is talking more about the 10nm launch at the end of 2019.

Which itself looks far from easy… 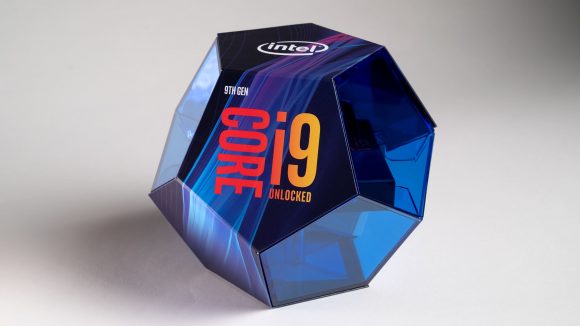 The analyst also claims that the 7nm production process used by AMD won’t be a game changer, and that the 10mn delay on Intel’s behalf won’t have too much of an impact. “We don’t see Intel’s delay in the 10 nm node as a material moving part,” Ferragu said. “Moving to the next node increases the performance of AMD chips, but still keeps them largely behind Intel on single-thread performance.”

Now this all seems rather overly negative about AMD’s ability to stick around at the heightened stock level it’s achieved over the last few years. It has long been expected that AMD’s stock might be punching a little above its weight, and that a correction of some sort would be made, but a 30% drop seems a little harsh.

The analyst’s expectations regarding Intel seem a little over-ambitious too. Intel is still ahead of AMD on single-threaded performance, our recent Core i9 9900K review shows as much, but the gap is closing. And that gap is set to get even smaller, and potentially even disappear, if the claims of a 13% IPC increase comes true when the 7nm AMD Zen 2 processors arrive next year. 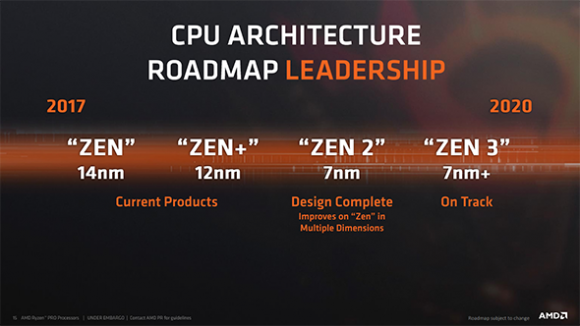 A traditional die shrink alone generally isn’t a game changer, but an IPC hike of over 10%, combined with the higher clockspeeds and extra cores expected to accompany the 7nm process node, could be. If that takes the second-gen Zen design past the performance of Intel’s current 14nm silicon – which will still be the pinnacle of the Core architecture when Zen 2 arrives – then Intel are potentially going to be behind in performance as well as process.

Sure, Intel’s 10nm designs are expected to launch by the end of 2019, and they will bring their own improvements, but mostly those will be around minimal clock speed increases and efficiency not about architectural improvements. Intel will essentially still be using the same basic Skylake design for the first 10nm, with a genuine architectural change more likely to arrive with the following generation.

Ferragu seems to be basing a lot of his musings on historical instances where Intel had missed a process node – specifically the 14nm delay in 2014 – but that was from a time where AMD had nothing which could be seen as a competitive product for people to switch to. The situation is very different now to that of four years ago; AMD is competitive on both the desktop as well as in the server space, with companies, such as HP, already making the switch.