Good news, everyone. AMD’s ability to provide next-generation 7nm processors and graphics cards isn’t going to be limited by the supply of silicon from its chip manufacturer, TSMC.

In a market where Intel is struggling to create enough 14nm silicon, leading to a hard limit on the number of processors available to the public and the gaming PC system builders, as well as a reported downgrade of motherboard chipsets, it’s good to know AMD isn’t going to hit the same snag with its upcoming new 7nm process node.

The Taiwan Semiconductor Manufacturing Company (TSMC) is responsible for creating all of the 7nm chips and chiplets to go inside the AMD Zen 2 processors and Navi graphics cards released in 2019. And TSMC is now reportedly not going to see its 7nm manufacturing capacity fully utilised throughout the first half of 2019 – around when we’re expecting the launch of both of AMD’s new 7nm products. I mean, it’s not necessarily such good news for TSMC as it might be for AMD and us as it’s seemingly the result of Apple, Qualcomm, and HiSilicon cutting their orders for 7nm designs.

The report on DigiTimes suggests that the lower-than-expected 7nm orders means that TSMC will only be utilising between 80 and 90% of its overall manufacturing capacity in the first half of next year. Apparently its other customers have gotten cold feet over the demand for 7nm silicon, and have cut back their chip supply orders. 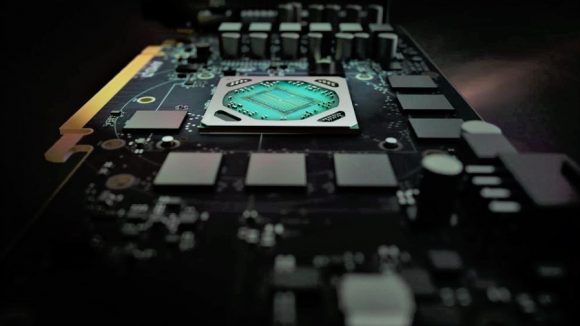 There’s no mention of AMD in any of this, which suggests the red team isn’t changing it’s manufacturing commitments with TSMC. And, given the excited expectation around the upcoming Zen 2 CPUs, and about the potential for AMD’s Navi, I would expect there would be a fair few slices of 7nm silicon already on order.

It all means that manufacturing capacity won’t be the limiting factor for AMD getting its next-generation 7nm architectures onto the shelves, and will only be limited by how many of its processors and graphics chips the red team actually orders. And with a little spare manufacturing capacity potentially up for grabs there is the possibility that, if things go well, AMD could boost its order with TSMC to make up any on-shelf scarcity.

Obviously tooling the spare fab capacity to create AMD’s chips, as opposed to Apple or Qualcomm’s, might take a little time, but it still means there might be the possibility of AMD taking up any manufacturing slack at the Taiwanese foundry.