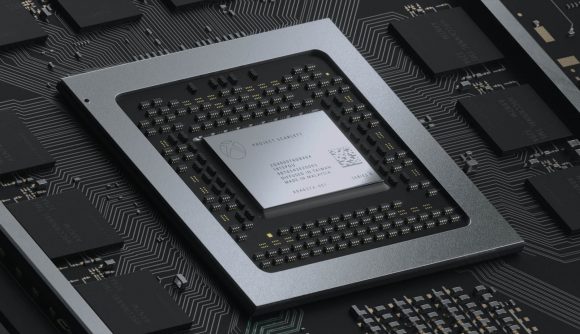 AMD supplies the chips for Microsoft’s Xbox Series S and Xbox Series X consoles, and it looks like processors that didn’t pass performance standards are being repurposed into PC chips, according to a listing for a mini gaming PC on Chinese retailer Tmall spotted by @9550pro.

The gaming PC in question rocks a motherboard with an AMD 4700S APU. It’s a Zen 2-based processor with eight cores, 16 threads, and a clock speed of 4.0GHz. That’s nearly identical to the specs of the CPU inside the Xbox Series X, apart from the latter having a slightly lower 3.8GHz clock. Just like the console, you won’t be able to slot in a set of the best gaming RAM as the 16GB of GDDR6 RAM is already soldered onto the board.

Unlike the Xbox Series X, the integrated GPU of the original board has been disabled with a spare PCIe slot in its place to supply your own standalone graphics card. This particular prebuilt PC uses AMD’s Radeon RX 550 to push the pixels.

The pint-sized rig will set you back around 4,599CN¥ ($709), no doubt inflated by expensive GPU prices. Despite the lack of an integrated graphics card, this motherboard could still form a good basis for the best mini gaming PC build.