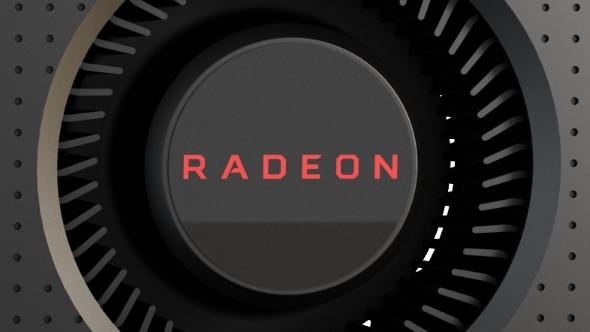 Wait. What? Yeah, AMD have reacted to the reports of Nvidia’s massive growth in the last year by hitting back with some stats of their own. When you combine all the gamers running x86 systems – that’s PC and console combined – then well over half of them are running on machines with Radeon graphics at their heart.

It’s a battle of green versus red, but who has the best graphics card? Allow us to enlighten.

You may well be sitting there with your GeForce GPU humming away in your rig (potentially with weird memory issues) and wondering what the hell is going on. But industry stalwarts, Jon Peddie Research, have today released a report covering the state of the gaming hardware market, focusing on the x86 ecosystem now the major consoles are using the same basic hardware as PCs. Of the estimated 717 million gamers, across PC and console, 409 million are using AMD’s GPUs in their systems.

JPR have taken Intel’s CPU graphics into the equation here too as there are still a lot of casual gamers running Steam on their laptops. And with Intel in the picture that actually puts Nvidia into third place in all this. Intel are estimated to have around 23% of the market with 164 million users with Nvidia bringing up the rear at just 20% and 144 million gamers.

When we’re talking discrete graphics though Nvidia are absolutely on top. Taking the latest Steam hardware survey as a snapshot it shows the green team with an almost 58% market share, with the GTX 970 still sitting there as the most popular GPU. The first AMD Radeon card (of the ol’ HD 7900 series variety) pops up at 16th in the list, with five Intel integrated GPUs appearing above it. 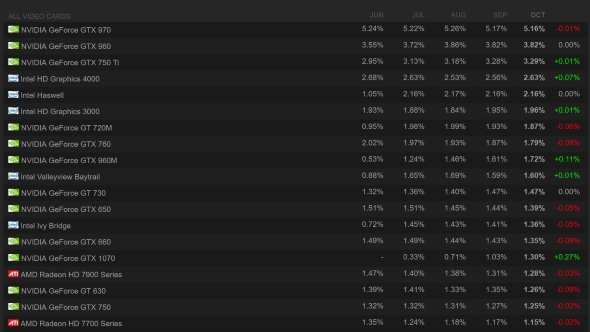 AMD dropped a slide detailing the findings of the JPR report into a presentation they were giving at a recent dinner, and most of us (journalists and execs alike) in the room did a genuine double-take.

While AMD have made some strides this year with the Polaris GPUs they’re still nowhere near the revenue of Nvidia. AMD’s year-on-year revenue has grown by 11%, driven by those new graphics card sales. Nvidia though have seen their revenue leap by a massive 54%.

I’m not entirely sure how much AMD have actually made from having their graphics technology feature in both of the current-gen consoles in terms of cold, hard cash, but it does mean they can claim some serious dominance in terms of what gamers are actually using. Unfortunately with 75% of those gamers probably blissfully unaware of what GPU is running in their console, or simply just don’t care, it’s only ever going to be an interesting stat which gets brought out every now and then.