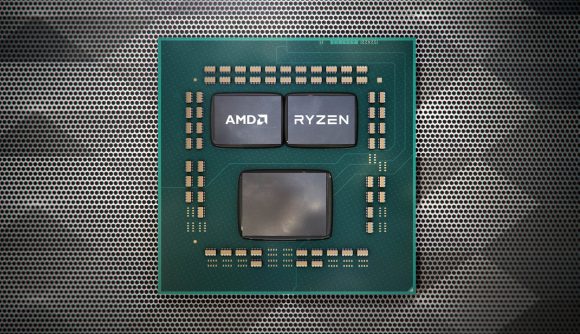 AMD’s right-hand manufacturer, TSMC, has extended production lead times for its 7nm process by four months due to tight supply. The pure-play foundry is seeing a boom in trade for its latest volume node – the same one the latest Ryzen and Radeon chips are built upon for the most part – to such an extent that its been forced to extend wait times from two months to nearly six.

We all knew the day would come when TSMC would reach capacity. Despite managing to stave off the threat early on for 7nm production with some heavy investment in the profitable node, growing utilisation by the tech industry has unsurprisingly led to a tight supply of chips out of the Taiwanese chip manufacturing powerhouse.

According to industry sources close to the matter speaking with DigiTimes, the booming 7nm node business has led to a lead time increase of roughly four months due to tight supply at the foundry – meaning TSMC’s partners will have to get their orders in sooner rather than later to ensure a steady supply of chips over the coming months. And that could have ramifications, whether direct or indirectly, for AMD.

TSMC’s reported elongated lead times will likely affect companies looking to shift production over to 7nm from a different node, or expand capacity. So while both Ryzen 3000 processors and AMD Navi GPUs (RX 5700-series) utilise TSMC’s 7nm process for either part or the whole of their designs, we’d expect rock-solid contracts will keep its precious 7nm stack safe from any delays as it stands today.

But that doesn’t necessarily stand true for any extra capacity AMD might be hoping to score later down the line. RDNA replacements for AMD Polaris cards in the mainstream and budget tiers will certainly gobble up some capacity, and Threadripper and Ryzen Mobile are both incoming, too. AMD will be keen to prioritise EPYC production over all else – so let’s hope there’s plenty to go around.

This isn’t the first time AMD may have faced capacity questions with TSMC, either. It was reportedly keen to ramp up 7nm orders prior to Ryzen and Navi’s release to stay ahead of Apple, who was set to vacuum up the node for its iPhone production.

And it wasn’t without some supply issues for Ryzen CPUs at launch regardless – although nothing out of the ordinary for a high-profile product launch.

According to the report, TSMC is expected to set aside further budget to expand capacity of its most advanced nodes. The company will soon move up to N7+, N6, N5, and N3 (although those numbers are meaningless to the actual transistor gate length), and ensuring a constant capacity going forward is a constant battle foundries must face to keep their customers from turning towards the competition – in this case Samsung.

AMD will be shifting to N7+ next year with Zen 3 and RDNA 2. But until then let’s hope that the company’s got the support to keep up the fight with Intel.