Now let’s not pretend for a second that the good doctor didn’t intend to tease a 16-core Ryzen chip when she held up that 3rd Gen Ryzen chip without its clothes on. The Zen 2 design allows for a whole heap of modularity when it comes to AMD’s product stack. Everything from data centre EPYC processors to low-power Ryzen chips are simply a matter of adding or subtracting chiplets to fit.

And from the chip held up by AMD CEO Lisa Su, even the ageing AM4 platform has plenty of room to spare. AMD’s latest 3rd Gen Ryzen chip has the perfect amount of space for one 14nm I/O die and two 7nm chiplets packed with processing silicon. That’s two eight-core clusters, a total of 16-cores for anyone counting. Why else would AMD offset the 7nm chiplet like that?

But I understand if you might be a little pessimistic of the fact that a lack of 16 cores on a chip proves without doubt a chip equipped with 16-cores is on the way. Luckily, for those of you eschewing the cold, hard truth (please don’t make me regret this, AMD), Lisa Su would later do away with the tacit acknowledgement in an interview post-show and come right out with it.

“Some people may have noticed on the package some extra room,” Lisa Su says to PCWorld. “There is some extra room on that package and I think you might expect we will have more than eight cores.”

If you’re bereft of imagination, I’ve mocked up a 16-core 3rd Gen Ryzen CPU with my staggering photoshop skills. Take a look: 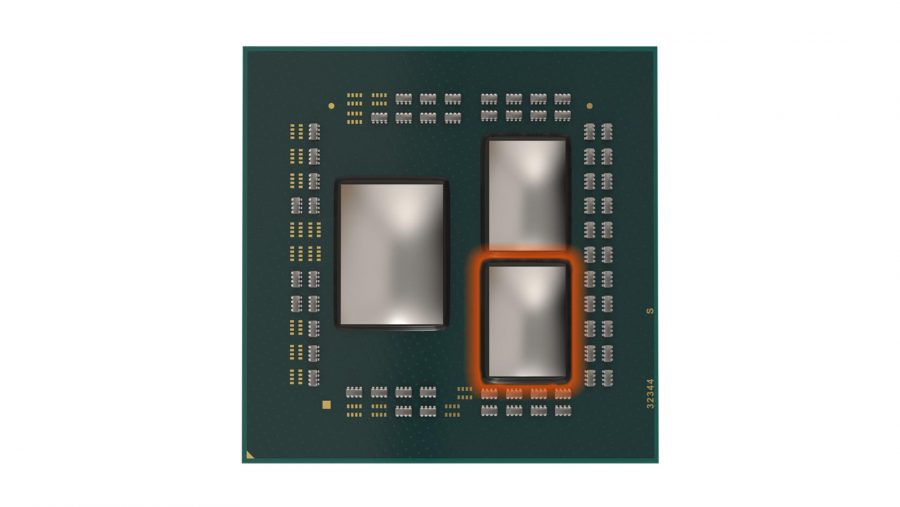 But what would we do with all those processing cores? Well, that’s a good question. For gaming alone all that extra silicon likely won’t have a tremendous impact on frame rate in game. Not yet, anyways. If clockspeed takes a hit for high core-counts, we’re likely better off with a speedier, core conservative chip – our pennies better spent on a high-performance GPU. 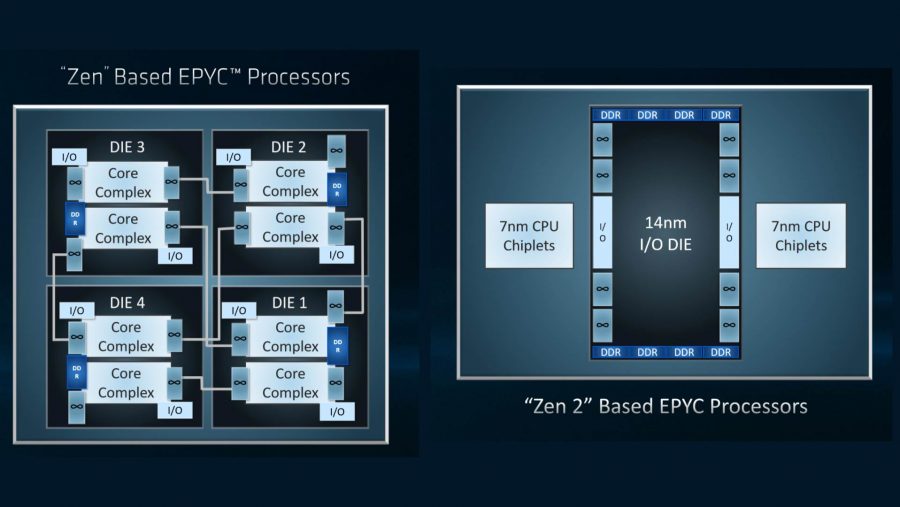 An engineering sample of AMD’s eight-core, 16-thread 3rd Gen Ryzen chip, with unconfirmed frequencies, managed to top Intel’s i9 9900K in a Cinebench R15 run live on stage at CES. It also drew 25% less power to get there.

Of course, a 16-core chip would need to sacrifice either power efficiency or clockspeed to stay within reason. So speculating on relative performance from that one demonstration alone would be fruitless. Nevertheless, the next-gen Ryzen chips hold a lot of promise from what we’ve seen, and we’re certain there’s more to come from AMD on that front.

We’ll hear more about these chips as we get closer to launch. AMD has said that will be happening mid-year 2019, and we suspect that will go hand-in-hand with the Taiwanese tech show, Computex, at the tail-end of May.