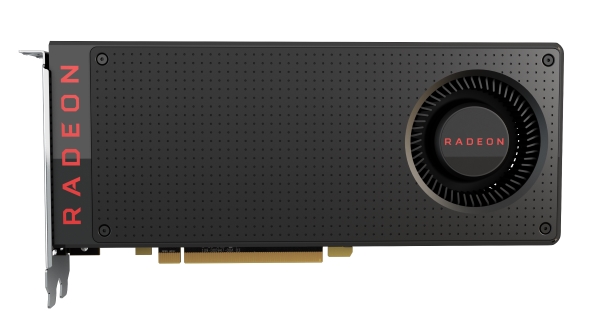 So, what are the best GPUs? Check out our pick of the finest graphics cards around today.

As we’ve stated before, the new ‘Polaris Enhanced’ range of RX 500 series cards are little more than rebadged 400-series cards but with a clockspeed bump born of the fact that both the Polaris architecture and the 14nm FinFET production process have had 12 months of maturation. The GPUs are now more robust and ought to deliver higher yields and so AMD is able to ship them with higher clockspeeds across the board. That also means the add-in board partners (AIBs) can really crank the clocks on their own cards with their own bespoke GPU cooling solutions onboard.

We’ve been sent both XFX and Asus STRIX versions of the 8GB RX 580, along with a Sapphire variant of the 4GB RX 570, and all of those sport higher GPU frequencies even than the boosted reference clocks AMD is suggesting. 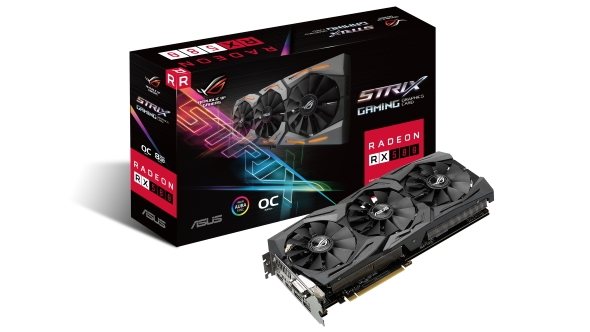 You can check out our full review of the Radeon RX 580 cards at the link above, with the second-tier RX 570 GPU review following soon. Suffice to say they outperform their older siblings by a relatively small margin, but owing to the fact they are priced almost identically can simply slot into the same space on the virtual etailer shelves.

As you can see the Nvidia GTX 1060 cards are still capable of making things difficult for AMD’s finest. And with prices on the 6GB card as low as £215 in the UKit looks like Nvidia might go on the financial offensive before they launch their next GPUs.

It’s a shame though that we’re not kicking off the RX 500 series of Radeon graphics cards with the new Vega GPU architecture, but that high-end silicon is likely to remain outside the traditional numerical nomenclature at least in the beginning of its life later this year. They’re likely to ship first as RX Vega and maybe RX Vega Nano before they filter down into a standard Radeon range.

It is also a shame we’re not seeing an RX 590 card shipping with the 40 compute unit, 2,560 core, Polaris GPU that Microsoft are putting at the heart of their super-powered Project Scorpio console. But with improved yields on the 14nm FinFET silicon it’s not beyond the realms of possibility for a beefier Polaris 20 GPU to arrive on the scene later on.

Well, if the GPUs have got new names and the graphics card themselves come from a brand new series then this generation must be completely different. Maybe it is worth upgrading from an RX 480 to an RX 580. I’m pretty much sold now.

The news comes from a report on Benchlife which states the new Polaris GPUs will be based on a more mature 14nm node from GlobalFoundries, shifting from their initial Low Power Early (LPE) design to the latest Low Power Plus (LPP) production process.

Realistically that is unlikely to make any real difference to the two Polaris 20 cards, aside from allowing AMD to push the basic clockspeed of their reference designs a touch higher than the first Polaris cards launched last year. Rumours are the GPUs will be boosted by less than 100MHz.

There is talk, however, that the RX 560 isn’t just going to be a straight rebadge, but might actually get the full 1,024 core count from the GPU which the RX 460 missed out on. Sapphire did create a fully unlocked version of the RX 460, but it only saw a China-exclusive release. There is also set to be an even more cut-down Polaris with 640 cores (the Polaris 12) to support a lower-end RX 550 card.

Original story, March 16:AMD announced last night that the new Ryzen 5 CPUs will be launching on April 11 and now it seems they’ll be swiftly backed up by the Radeon RX 500 series of graphics cards the following week. Super-exciting, no? Well… no. The RX 500s will simply sport rebranded Polaris GPUs. Sigh.

To coincide with the Origin Access release of Mass Effect: Andromeda AMD released a new Crimson ReLive driver last night and in it have been found references to the RX 580, RX 570 and RX 560 cards. Alongside those GPU names are the device ID tags which identify them as belonging to the Polaris family of graphics cards.

I was really excited about the potential of the new RX 500 series of AMD graphics cards when I thought they might actually be new. All I’ve heard about the Vega GPU architecture makes me feel all gooey inside about the possible graphical goodness on offer.

I mean I kind of knew that, as is their wont, AMD would fill out much of the 500 series with GPUs from their last generation, but I naively hoped we might at least get a couple of Vega chips mixed in there at the high-end.

But no, Vega looks like it really is only actually going to appear in the flagship RX Vega card. At least for the time being. I’m sure eventually the GPU architecture will filter down to other cards in the stack – maybe AMD will follow Nvidia’s lead and release an RX 590 using the same chip as the RX Vega but at a more reasonable price point.

After all, with the RX Vega card sporting non-numerical nomenclature it’s surely going to be priced well outside their standard GPU range. Though with the GTX 1080 Ti launching at $699, and looking like it’s going to outperform the RX Vega, AMD are going to have to bring it out below that pricing high water mark.

So when’s this all going to happen? Current reports have the RX 500 series of cards starting to trickle out the week after the Ryzen 5 launch, with the RX 580 and RX 570 coming first on April 18.