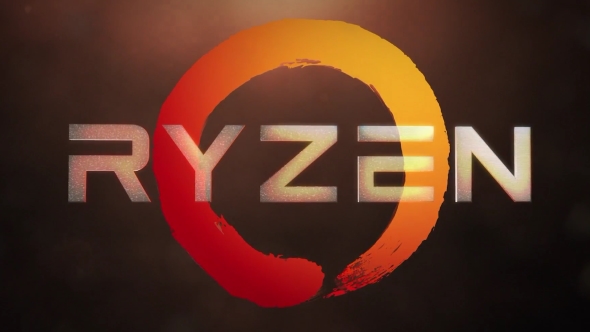 As AMD gets ever closer to the release of their Zen-based Ryzen CPUs the early engineering samples have seen multiple revisions with the clockspeeds being bumped up with each new version. The lastest of which is rumoured to hit 4GHz out of the box.

AMD’s new processors could entirely change the market, but until then these are the top CPUs for gaming right now.

The original AMD Zen engineering samples spotted out in the wild carried a rather modest operating frequency of just 2.8GHz with a turbo clockspeed of 3.2GHz. As late as August 2016, just down the road from Intel’s big IDF bash in San Francisco, AMD showed an eight-core Zen processor going up against a Broadwell-E i7 in a Blender demo with both chips running at just 3GHz.

Then, at the New Horizon event on December 13 last year, AMD had one of their eight-core Summit Ridge Ryzen processors with a base 3.4GHz clockspeed and an unspecified turbo frequency. But even then it was able to keep pace with a higher-clocked Intel Broadwell-E chip in rendering and gaming demos. 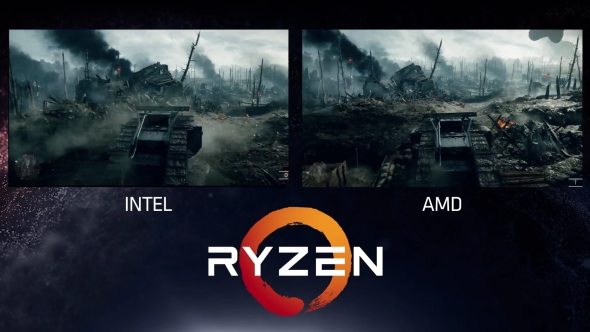 With the new year kicking off in style at CES in Las Vegas AMD were on show demo-ing a third revision (designated F3) of their flagship Ryzen CPU. The working silicon doing the grunt work on the show floor has been outed as a chip with a base clockspeed of 3.6GHz and the ability to turbo up to 3.9GHz.

And now there are rumours from French hardware mag, CanardPC, of a fourth revision (F4) of the Ryzen flagship processor which has a slightly different configuration – a base 3.6GHz clock and a 4GHz turbo frequency. 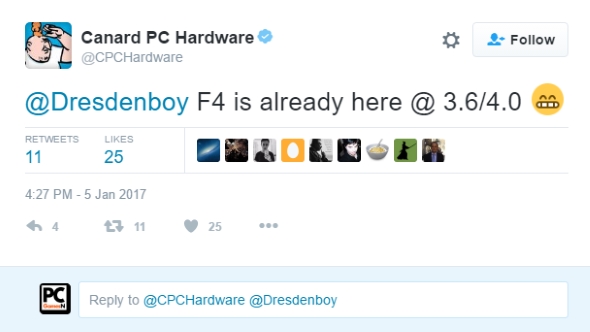 It seems AMD has been quickly shifting through the gears on the Zen architecture as we get closer to the final stepping of the release chips. Given there’s precious little between the F3 and F4 revisions though it doesn’t look like the launch silicon will be clocked much higher than this latest frequency arrangement.

But, given that AMD have announced that all Zen-based processors will come with an unlocked multiplier, and therefore will be universally overclockable, we ought to be able to make some healthy clockspeed tweaks ourselves when the new architecture finally lands. Rumours of single core overclocks up to 5GHz have been circulating, based on early testing again from CanardPC, so it looks like being fun for serial CPU tweakers out there.

With the Intel Kaby Lake launch being a little underwhelming hopes are high that AMD can make things interesting again when Ryzen hits our desktops.