AMD is experiencing one of the highest stock value surges its enjoyed in over a decade. Despite Nvidia’s graphics card announcement at Gamescom, the resurging tech company is riding high on data centre success with its EPYC components, Threadripper 2 taking the HEDT world by storm, and the promise of further 7nm success going forward.

At the time of writing AMD’s stocks are sitting pretty at $23.69, 6.28% up. While I don’t want to speak too soon, the market hasn’t closed yet after all, Advanced Micron Devices, Inc. is on track for the best market close since October, 2006. Market analysts have been betting heavily on the company over the last few weeks, which has been a culmination of the semiconductor companies strong product lineup, mostly in the CPU department, over the last year and a half.

It all kicked off with AMD Ryzen, but AMD has quickly managed to turn that CPU dominance in the mainstream sector toward a strong entry into the server and data centre market with EPYC – it’s massive server chips that hope to take down Intel’s dominant and industry-standard Xeon CPU lineup.

And it seems analysts and stockholders alike share confidence that the company might be able to pull it off, as stocks rise to highs not seen in a decade (via Seeking Alpha). Intel’s stranglehold on the x86 industry has been looking a little shaky at times as of late, and AMD’s been able to swiftly capitalise. For once the roadmaps seem to have aligned in AMD’s favour. 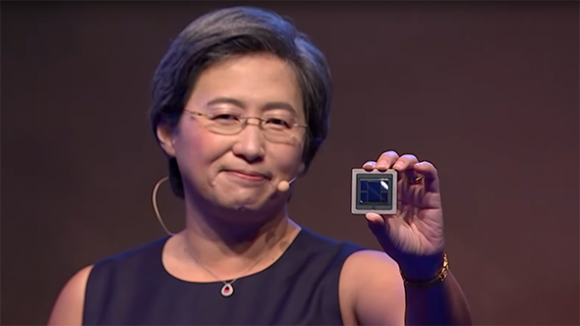 It’s looking like Intel won’t be ready for 10nm in its mainstream chips until the very end of 2019 – yet AMD’s two foundry partners, TSMC and GlobalFoundries, both look ready to ship 7nm en masse either right now, or incredibly soon.

Recently, Intel’s been bombarded with chip security flaws too, which has meant some data centres and cloud providers are having to disable Hyperthreading due to security concerns to do with a speculative execution bug nicknamed Foreshadow. Halving thread counts has come at the expense of performance, and financial firms, such as Cowen (via CNBC) believe this will only sway more business in AMD’s favour.

And why should gamers care how well a company’s doing? Well, competition spurs innovation and better value, and PC gamers could definitely do with a little more of that in the component market. Hopefully AMD’s recent financial success can survive stock markets that aren’t always smooth sailing, and before you go writing off Intel, the companies got plenty of money to throw at its problems. Altogether that should make for a lot more to look forward to from both Intel and AMD over the next few years.