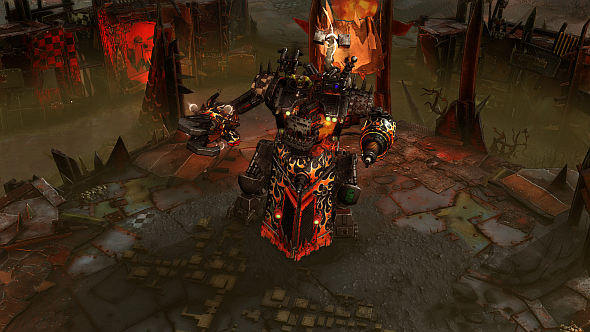 Update April 28, 2017: AMD have updated their Dawn of War drivers and have now removed the Quake Champions URL shortcut that it was originally dropping on your desktop after installation.

What’s the top GPU right now? Check out our pick of the best graphics cards around in this ever-changing market.

They’ve apologised for an inconvenience the link has caused people, y’know, the inconvenience of highlighting an icon and pressing shift-delete. And have issues this official comment on the situation.

“We’re very excited to be working with Bethesda and we wanted to make it easy for Radeon users to sign up for the Quake Champions beta program. Our installer placed a shortcut on gamers’ desktops – we’ve updated our 17.4.4 release and this shortcut install has been removed. We apologize if this has caused any inconvenience for anyone.”

Yeah, everything else seems pretty sweet. A day 0 driver update for a big new PC game delivering decent performance improvements. Grand. Randomly dropping a URL shortcut onto your desktop without a ‘by your leave’ though feels a little icky.

It’s been picked up by some commenters on a TechPowerUp story, and they’ve updated the short piece to note that, because it’s a bit.ly tracking link and adds an ‘AMDCrimson’ referral ID tacked on the end of the eventual URL, AMD must be “making some $$ from it.”

Realistically both AMD and Nvidia have been dropping game ads into their drivers for years, with links taking you out to the relevant games. I would expect that at some point a little cash would have been shifting around because of that. 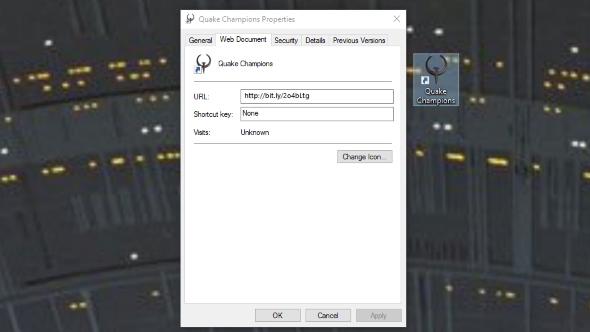 I get that dropping a link onto your desktop is a little more intrusive – especially if you’re into keeping your desktop fastidiously tidy – but if you’ve got no interest in the Quake Champions beta then you can just delete it unclicked. It’s likely little more than a bit of cross-promotion as part of the recent multi-title extended partnership with Bethesda which AMD have recently entered into.

You know the one, where id talk up Ryzen and AMD get all excited about Fallout 4 VR and Prey? Yeah, that one.

But, if you’re really concerned about AMD dropping any links onto your desktop you can eschew the Catalyst ReLive software and just install the minimal setup version of the latest Radeon graphics drivers. It’s the 67MB file from the same AMD drivers link. Installing the display driver alone won’t drop any unrequested links onto your desktop, simple.

We have though reached out to AMD for comment and we’ll update as soon as we hear anything back.