It’s time to update your video drivers yet again. AMD has released Radeon Software Adrenalin Edition 18.8.2 for public consumption, packed full of optimisations and bug fixing code to get Strange Brigade and F1 2018 running at lightspeed on the latest AMD graphics tech.

Rebellion’s Strange Brigade is getting custom-tailored drivers from the red team this time around. If you’re keen to explore long-forgotten Egyptian ruins and fight off hordes of mummies in this 1930s inspired co-op adventure, the latest drivers will net you a 5% performance increase with an RX Vega 64 graphics card and 3% faster performance with an RX 580. Strange Brigade also comes with FreeSync 2 HDR and Asynchronous Compute support.

Or if that’s not quite up to your speed, there’s also optimisations included for Codemaster’s recently released F1 2018 title. Plus, as ever, there’s a heap bug fixes in the package, too. These should put an end to Far Cry 5 HDR woes and application hangs, Radeon FreeSync and Radeon Chill sync and enabling errors, and Instant Replay causing instability or stuttering in certain titles with Frame Rate Target Control (FRTC) enabled. 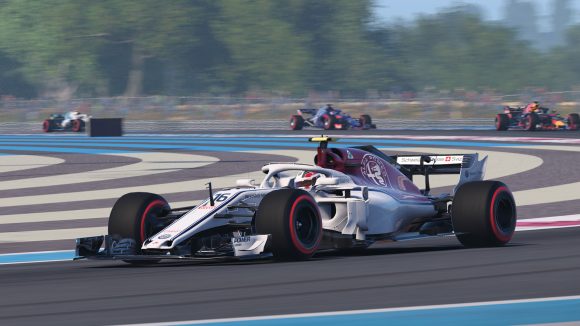