How does a pro-gamer get good enough to earn hundreds of thousands of dollars at the biggest tournaments in the world? Simple, they spend many a long hour at practice PCs repeating the the balletic dance forms of Dota 2, Overwatch and Counter-Strike until they can position every coloured pixel with their eyes closed. But what’s inside those practice PCs and can such machines make you a better gamer?

Want to get the most out of your gaming PC? Check out our how to overclock guide for inspiration.

When AMD and Fnatic offered to send me one of their pro-gamer training machines I was as excited as a beaten puppy shown a modicum of affection. I’m rubbish at games, which is why the cool kids only let me use them for benchmarking. Once Phil found me playing Hitman after some DirectX 12 testing and I had to spend the rest of the week in the basement needlessly benchmarking RAM (the tech equivalent of digging and filling holes on a chain gang). It was either that or he’d have Valve revoke my Steam account. The man’s got awful power these days.

So there I was expecting an all-singing, all-fragging Fnatic rig to turn up in the office which would make me the best damn Overwatch player PCGamesN had ever seen. That would show them. Oh, how wrong I was…

Fnatic are one of the top eSports teams in the world, y’see. This year they sit at number four in the 2016 earnings chart with a total of $2,808,541 in their collective wallet. That’s a huge amount of money and they’ve won it all by playing games; chiefly Counter-Strike and Dota 2.

But games are only one part of the picture, last year they were pegged as the number one eSports team in terms of total worth using figures based on website viewership, stream impressions, social media following, sponsorships, merchandising (Fnatic have even got their own range of peripherals and gaming PCs) and finally tournament winnings. Even though 2015 didn’t shape up as well, winnings-wise, as 2016 seems to be, eSports Entrepreneur (via Lazygamer.com) have estimated Fnatic’s total worth last year at a massive $42,570,583.

With their combined value I naturally assumed each team member honed their razor-sharp skillz on gold-plated PCs with diamond optics embedded in their mice. And with AMD’s influence and support that meant they were probably already running prototype eight-core Zen processors with CrossFire’d RX Fury X cards rocking the new Vega graphics architecture. When you’re a gaming star you can just grab any component by its PCB and they let you do it. You can do anything. 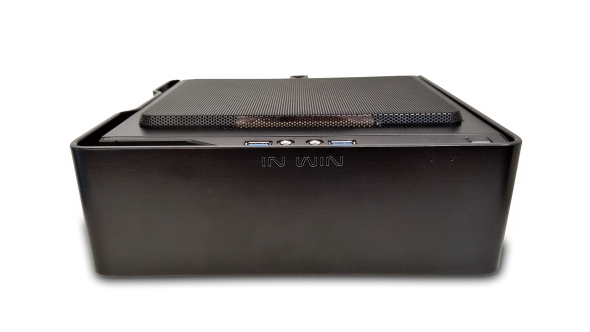 That’s why I was giddy as a gamer given Gabe’s private phone number (“when are you making Lost Vikings 3?!” I’d shout into my handset) at the promise of a Fnatic training PC arriving in the office. The box arrived one morning and I was allowed out of the basement to haul it upstairs. It was heavy, though not as heavy as a golden PC ought to be. That was when my suspicions were first aroused.

I pulled out some of the packaging as well as an MSI A88XI motherboard box I initially assumed was put in there for a joke. Beneath that was an In Win box with a tiny PC inside which I guessed must by the main Fnatic rig’s bitch; the one that did all the tedious processing stuff it thought was beneath its fine array of components. Under that was an LG IPS FreeSync monitor.

“That’s more like it,” I whispered greedily to myself.

But that was actually ‘it’. The rest of the box was filled with broken bits of polystyrene packaging and brown paper. It turned out the only joke was me and my preconceptions of the milk and honey lives of pro-gamers

This is the build they use as the training PCs in the Fnatic house, the place where they put their players through rigorous coaching to ensure they’re the best they can be. It’s that sort of dedication which meant the team finished fourth at The International 2016. 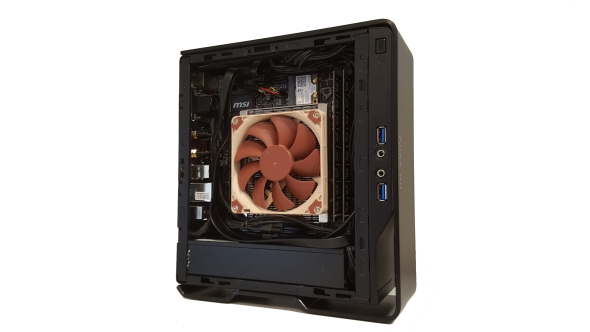 The build itself is incredibly neat. The mini-ITX FM2+ board fits snugly inside the diminutive In Win chassis and the low-profile Noctua cooler – off-puttingly skin-coloured though it is – is more than capable of keeping AMD’s quad-core Godavari A10 APU in check, thermal-wise. And whisper-quiet too.

That’s all well and good, but what surprised me most was the fact that a dedicated eSports training machine wouldn’t have a discrete graphics card in it, though from the scale of the build I maybe should’ve guessed. All the graphical gruntwork is taken care of by the A10-7860K’s integrated Radeon R7 GPU. It’s last-gen AMD graphics architecture, with a paltry 512 cores running at just 758MHz. Looking at the empty PCIe slot on the motherboard I can’t help the feeling that if they actually put graphics cards in their training rigs Fnatic might have gotten on the podium at The International.

In terms of the software, I installed a 64-bit version of Windows 10 Pro myself – aside from the OS, games and Discord or Teamspeak there is no other software the pros have installed on their training rigs.

While my layman gamer sensibilities had me expecting high-end componentry inside the machine the AMD APU still delivers almost all you need from the sort of games which make Fnatic their money.

Even on the 1080p LG monitor that came with the training machine I was still able to game at mostly acceptable levels in CS:GO and Overwatch. It was averaging 49fps with a minimum frame rate of 25fps while getting fragged all to Dust in Counter-Strike at High settings and just over 49fps with minimums of 30fps in Overwatch on Low settings. Things were very much the same in Dota 2, with an average of around 50fps and minimums of 33fps, while League of Legends kept around the 100fps mark at the highest 1080p settings.

On eSports titles then the Fnatic rig has just about enough gaming nouse to allow you to play these less-demanding titles. For ‘proper’ gaming though it’s not really going to cut it; Infinite Warfare will be infinitely frustrating and anything VR-wise will be a virtual slideshow. In the end it’s just a basic, almost casual, gaming PC. And sadly there’s no expert tuition either. No Cortana style hand-holding, no expert AI running on the system capable of coaching me into extreme feats of gaming excellence. I even had to install the OS myself. 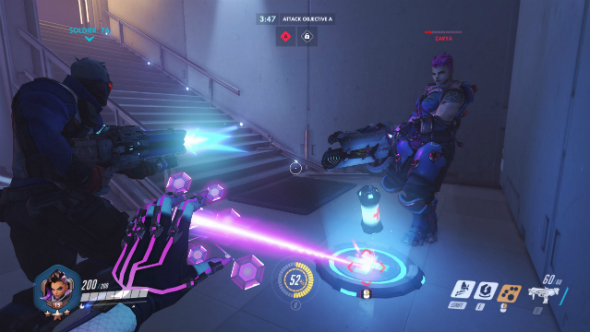 But it has to be said the performance of this discrete GPU-less machine was still kind of impressive. It may not have been able to train me into an Overwatch-beating behemoth of a man (so I had to go back to my lonely basement again once I’d packed the Fnatic rig away) but to be able to game with such performance on a single APU is still quite remarkable.

The games I’ve tested on this machine are the sort of titles which are making Fnatic huge amounts of money and are being played by many millions of people around the world right now. Though you wouldn’t actually want to do it yourself; as cute as this tiny build looks the likes of AMD’s own RX 460 and Nvidia’s GTX 1050 Ti prove you can get pretty high-performing graphics cards for relatively little cash these days.

But PC gaming comes in all shapes and sizes and it’s that versatility which means there are the same number of League of Legends players each month as there are owners of the PS4 and Xbox One consoles combined. And that’s just one game. PC decline? Hah, kiss my APU.