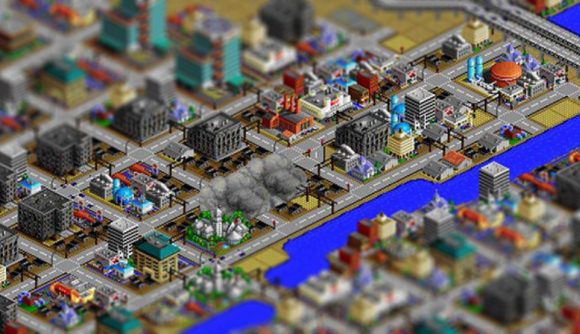 By popular demand, AMD has introduced integer scaling across its graphics cards with Radeon Software Adrenalin 2020 Edition. Thanks to the new feature, it’s possible to bypass blurry pixel art and enjoy a crisp image across retro and stylised games with only a few tweaks within the Radeon settings menu.

A feature often topping user request surveys, and recently rolled out by both Intel and Nvidia, integer scaling is an alternative scaling method that retains the crisp detail required by pixel art to stay true to the original. Modern scaling techniques, while better suited to most games and applications, are not conducive to the blocky retro art style and often result in a blurry or soft image. Integer scaling circumvents these issues.

Say you want to upscale a 1080p image to 4K – that’s four times the total pixel count. With integer scaling you’d take each value per pixel and copy it perfectly three times, for a grand total of four perfectly pristine pixels. Bingo, one 4K image retaining the clarity and crisp detail of the 1080p original.

Integer scaling support is now nigh-on ubiquitous in the GPU industry – a result of the fierce rivalry between AMD, Nvidia, and Intel. Integer scaling was initially announced by Intel in June, a result of its Odyssey user feedback project. Nvidia subsequently followed suit in August with its own GPU integer scaling for Turing graphics cards, and now, as an early Christmas present, AMD is offering its own integer scaling – as we suspected following Linux code.

In a roundabout way, Intel joining the GPU industry has already proven worthwhile to the consumer – all without launching a single Intel Xe product. Competition, however ethereal it may be today, really does bring out the best in companies.

How to enable integer scaling on your AMD graphics card

Follow the steps below to enable integer scaling on your AMD graphics card:

For best results, it’s recommended to run a game at a resolution that’s easily divisible by your monitor’s native resolution. For example. If your monitor is 4K, it’s advised you run your game at 1080p – four times smaller. With a 1440p monitor it’s recommend you stick to 720p, and for 1080p you’ll need to lower your resolution in-game to 480p.

Within the Radeon Software it’s possible to switch on integer scaling only for specific games via the Gaming tab.

AMD also says integer scaling may be useful for some users running high pixel density monitors, even across the Windows desktop.