How is AMD able to offer the 16-core Ryzen 9 3950X for $750? Zen 2, that’s how. According to a talk over at the International Solid-State Circuits Conference (ISSCC), 16-cores across three chiplets (dual CCXs and a cIOD) costs less than half that of a monolithic 7nm chip of the same core count.

AMD’s Zen 2 chiplet architecture has been highly beneficial for the chip maker. For one, it only needs to produce a single CCX chiplet, fitted with up to 8-cores, to satisfy the needs of every 3rd Gen Ryzen processor in the stack. That in turn allows it to offer higher core counts, with taller clock speeds, for a lower cost than the competition, and very little silicon has to go to waste. It’s a win/win.

Zen 2’s cost-effective nature isn’t new to us, but we now have an idea of just how much money the chip maker is actually saving per chip. According to data taken from a talk at the ISSCC (via Guru3D), versus a hypothetical monolithic 7nm processor, AMD’s cutting manufacturing costs by more than half for a 16-core processor. It’s saving some 25% when it comes to 8-core chips, too. 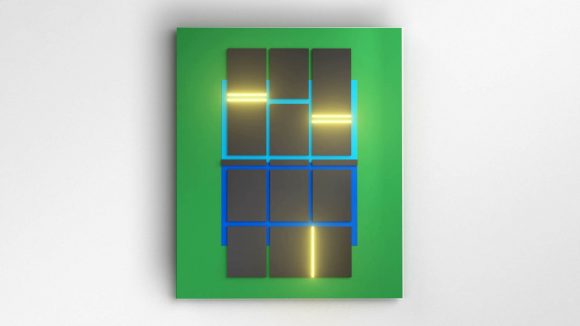 Large dies have always been troublesome for chip makers. Intel has also been investing in heterogeneous computing and chiplets in recent years, although is yet to implement its advancements across shipping desktop processors. With savings so apparent for high core-count processors, it’s hard to imagine a world in which Intel can produce a monolithic chip, on its own 10nm or 7nm process, that is as cost-effective as the competition.

Rumour has it Intel may be considering lowering its prices to fend off the red team’s advances. That’s still up for debate, and there’s no official word from Intel either way, but it has lowered prices per core across server Xeon Scalable processors and HEDT Cascade Lake X chips to combat EPYC and Threadripper chips.

Yields should be as good as they’re going to get for Intel’s 14nm process node, which will make its way into 10-core Intel Comet Lake processors relatively soon. But as it looks to 10nm and 7nm for desktop, margins will get slimmer, and a chiplet design that minimises risk and allows for rapid scaling could be worth its weight in gold to a chip maker fighting tooth and nail.