AMD’s next generation of mainstream graphics cards finally has a release window, and yet we still don’t know what they’re going to be called. But one thing I do know is that if AMD goes with the rumoured RX 3080 XT branding it’s in danger of setting expectations too high, confusing the hell out of people, and setting itself up for a fall.

Dr. Lisa Su herself confirmed that the Navi GPUs would be released in Q3 of this year, something AMD reiterated in a recent investor presentation. That means we’ll have cards on the shelves, and in our test rig, sometime between July and the end of September. AMD has also announced it will be presenting the Next Horizon Gaming event at E3 where most of us are expecting the big Navi pre-release reveal to happen.

Which is all very exciting. New mainstream graphics cards tend to get me rather more hot under the collar than the super-expensive, super-powerful flagship GPUs. Those might as well be multi-million dollar supercomputers given how likely it is that any of us would ever be able to afford one ourselves.

But a great mid-range GPU can make a huge difference, both to the gaming community and to the manufacturer responsible. It can suddenly make performance only the gaming elite could previously experience possible at unprecedented price points. A quality mainstream card can also level the PC playing field, and make the ecosystem just that bit more accessible to mere mortals.

And, thanks to the increased volume of mainstream graphics cards, the bulk sales can quite the impact on a company’s bottom line.

Pixel pushers: The best graphics cards on the market today

This is why Navi is so exciting and so important. And that’s why I’m a little concerned about the rumoured RX 3000 naming scheme. The recent rumour from AdoredTV is that the Radeon RX 3080 XT will be based on the top-spec Navi 10 GPU, sport 56 GCN cores, 8GB GDDR6, and rock a 180W TDP. 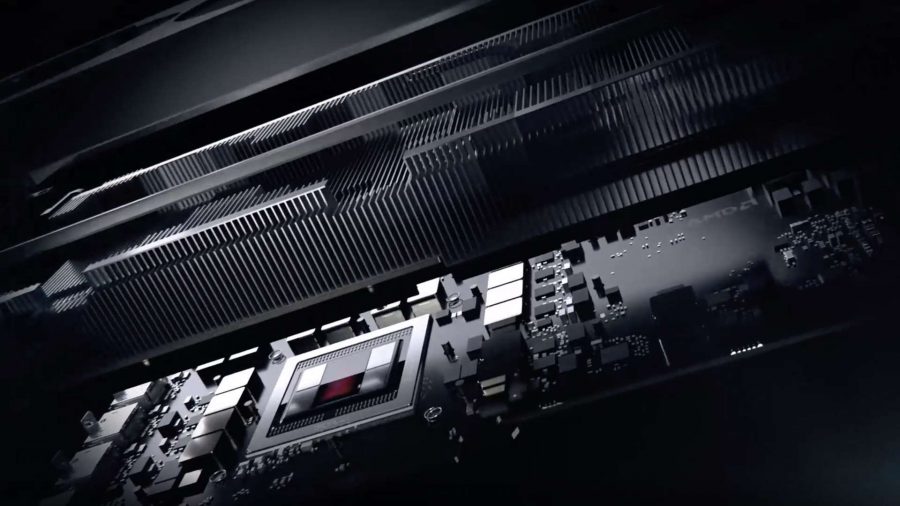 And it will go head-to-head with an Nvidia RTX 2070 for around $300. Yes, for half the price of the current third-tier Turing graphics card.

Forgetting the extraordinary pricing for the moment, it’s the name that worries me. Especially given that we’re already being told that it’s going to be competing with an RTX 2070. Don’t get me wrong, the RTX 2070 is a powerful GPU, offering gaming performance just ahead of a GTX 1080.

If AMD’s mainstream graphics cards are able to perform in that weight class, then we could be in for a treat. But the name still suggests more.

The reasoning behind the rumoured naming scheme is that AMD wants to follow the same tit-for-tat nomenclature that it’s been using in its rivalry with Intel motherboard chipsets. While Intel was shipping Z270 boards for Kaby Lake, AMD released the X370 for the first-gen Ryzen CPUs, and by creating the B350 chipset it meant Intel had to change scheme and release a B360 mainstream board for its subsequent Coffee Lake generation.

The same happened with the Intel X299 and AMD X399 HEDT motherboards. 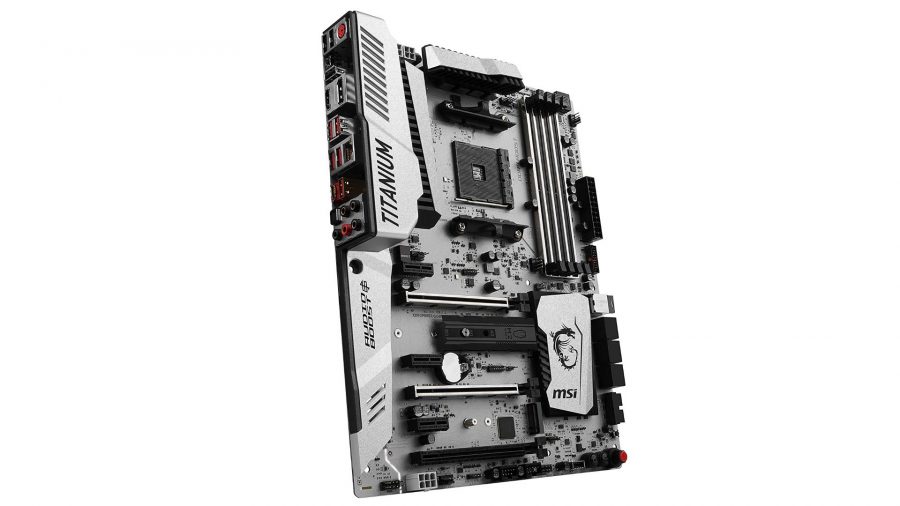 But in these instances things were more level, the nomenclature matched the rival company’s performance tiers and it still made some twisted sense. That won’t happen if AMD is choosing to use the RX 3000 code as some sort of shorthand for being better than an equivalent Nvidia card. We already know an RX 3080 XT isn’t going to be faster than an RTX 2080, even if it’s nominally 1000 better and comes with an extra ‘X’.

One thing that AMD always has to be careful of is managing the hype train. The expectations of the Radeon faithful have always been unerringly high, and that sometimes comes back to bite AMD in the posterior. Take Vega, for example, an architecture heralded as the great GPU hope for the company, based mostly on what the community wanted rather than what AMD itself had promised.

It failed to deliver on the sky-high expectations with Vega, as AMD failed to manage them ahead of launch. Going with this sort of aggressively competitive naming scheme could potentially push those expectations higher, especially with more casual PC hardware peops, leading to an unwarranted Navi backlash post-launch.

And if team Radeon is just picking the scheme so it can block Nvidia from using the RTX 3080 name for its next generation of graphics cards then that’s just kind of a dick move. To me, the rumoured nomenclature reads more like AMD Radeon fan-fiction, or a marketing team’s in-joke, than a genuine attempt at Nvidia-baiting.

There has though been the suggestion that AMD is seeking to more closely marry up its CPU and GPU divisions, two sides of the AMD coin that historically remained separate long after the 2006 ATI merger. Having Ryzen 3000 CPUs and Radeon 3000 GPUs sold together does at least make some sort of symmetrical sense, though an R7 3800X and an RX 3080 XT seem just a little too close for comfort to mine eyes. 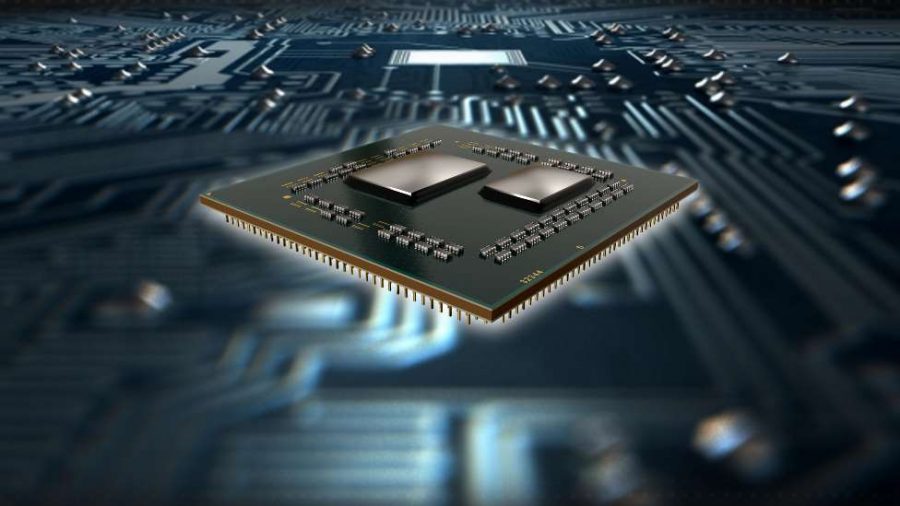 Personally I don’t think AMD needs to enter into a nomenclature war on two fronts, battling both Intel on the chip side and Nvidia on the graphics seems like wasted effort. And if the pricing rumours are true – that AMD’s Navi will deliver the same performance as Nvidia cards, but at half the price – then why run the risk of confusing folk? Hell, at those prospective prices AMD could name the flagship Navi card RX Turd Sandwich XT and it would still sell by the boatload.

What is the real price of AMD’s Navi?

But are those prices realistic? Massively undercutting Nvidia would be a great way to boost AMD’s GPU market share… so long as the margins on the 7nm silicon are high enough to enable team red to manufacture a GPU with 3,584 GCN cores, with 8GB GDDR6 attached to it, and then still sell it for $300 without it being a loss-leader. Maybe the 7nm node is suddenly extremely affordable, and creating hot 180W GPUs doesn’t cost what it once did (five months ago).

Honestly I think that’s a hell of an ask, and historically, even when AMD has had some level of GPU performance parity with the competition, it has chosen to match pricing rather than undercut. You only need to think back as far as January and the release of the Radeon VII for the most recent example. That’s a GPU that could more or less keep up with an RTX 2080 yet AMD still chose to copy the overblown Nvidia pricing exactly. 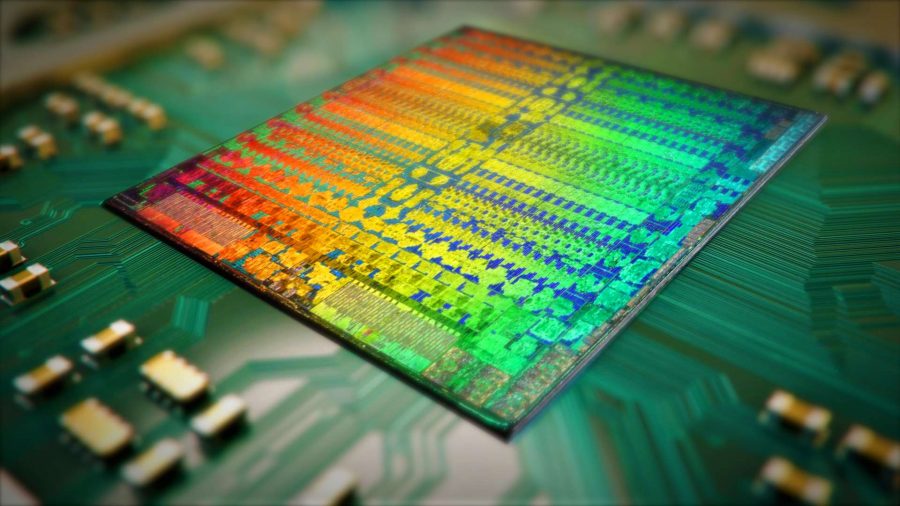 But we don’t have long to wait now. There might be some news trickling out of the Computex show in a couple of weeks, with the Next Horizon Gaming event at E3 barely a week or so after that. Our Jacob will be on the ground at both events, so we’ll be able to bring you the full details as soon as they’re announced. We’re good like that.

I’m still hoping AMD sticks to the classics and brings us the Radeon RX 680 and RX 670, delivering us into a new world of high-performance mainstream cards that people can actually afford. Because that’s what potentially makes Navi exciting, not some sort of willy-waving fight over an ephemeral numerical codename advantage.