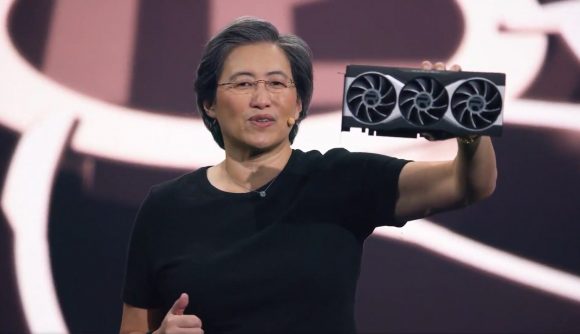 AMD’s Radeon RX 6000 line-up is considered the underdog being second out the door, with many prematurely writing it off as being unable to rival the aggressive price to performance ratio of Nvidia’s RTX 30 series. It seems as though the red team has gone and done it, however, as AMD claims to have itself a veritable RTX 3090 competitor for two thirds of the price. All it needs to do now is meet demand if it wants to sidestep Nvidia’s stock issues.

Finally, the Radeon RX 6900 XT is the big dog of the bunch, firmly targeting high refresh rate 4K gamers with a three-digit price tag. It looks similar to the other two on paper, with 16GB of GDDR6 memory and the same 2.25GHz boost clock, but increases the compute units to 80 in order to go toe-to-toe with Nvidia’s best. You’ll have to wait a little longer to get your hands on this one, though, as it’s due out on December 8 for $999.

These three cards mark AMD’s first foray into ray tracing with its FidelityFX technology working hand-in-hand with DirectX 12 Ultimate. At least 35 games will make use of the API when the GPUs find their way into your hands, including Godfall, Far Cry 6, Dirt 5, World of Warcraft Shadowlands, and The Rift Breaker, with more expected to join the ongoing trend.

Even though the RTX 2080 Ti is old news by technological standards, it still set a benchmark to beat and AMD claims that all three of its Radeon RX 6000 GPUs do exactly that at 4K resolution in an ultra graphics preset with at least 60 frames per second. Even the RX 6800 manages to climb above 100fps in games like Doom Eternal, Resident Evil 3, and Wolfenstein: Youngblood.

The highlight of the show has to be the RX 6900 XT, which is pitted against Nvidia’s RTX 3090 in AMD’s own tests, beating 4K ultra performance in Call of Duty: Modern Warfare, Battlefield V, Shadow of the Tomb Raider, and more despite its similar specs. This is made possible thanks to its new Infinity Cache and Smart Access Memory technologies, which are covered in the presentation: 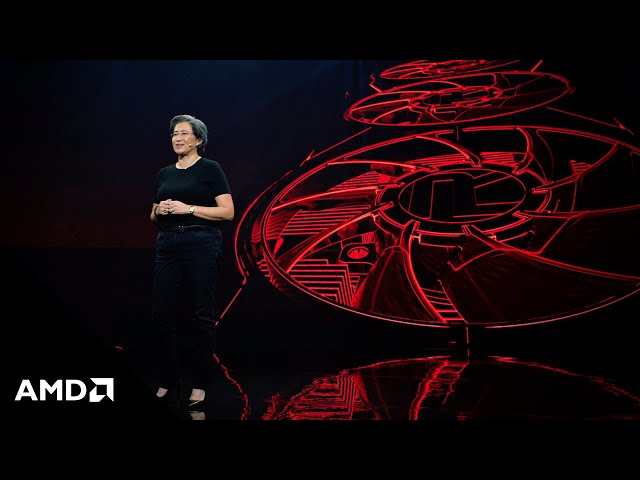 AMD is betting big with its Infinity Cache, since none of its new GPUs are using GDDR6X memory. It’s meant as a high-performance, last-level data cache for higher resolution gaming, delivering up to 2.4 times greater bandwidth-per-watt than GDDR6-only previous generation designs.

If you’ve been wondering when AMD’s CPU and GPU worlds would finally collide, the time has come with its Smart Access Memory feature. Anyone with a new Ryzen 5000 will see that the processor has full unrestricted access to the graphics card’s memory, meaning the hardware doesn’t have to jump through hoops to compute a task – getting things done quicker.

We’re not quite sure what level of performance to expect for older systems or those running rival components, so it’s worth holding off until we see some real world testing. Though, if the RX 6900 XT can deliver similar frames to an RTX 3090 for around $500 less, then we might see a more competitive GPU market than we have in a long while.