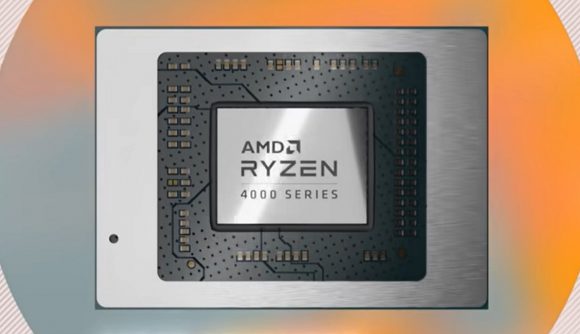 Ah, Crysis, our old friend. It’s unlikely anyone would have thought that, over a decade after its release, the game would still be used as a hardware tester. Alas, it’s true, and this time it’s putting an AMD Renoir APU (accelerated processing unit), specifically the Ryzen 3 4300U, to the test. And it’s showing just how thermally efficient these upcoming AMD APUs will be.

Tech YouTuber Fritzchens Fritz (via VideoCardz) recently uploaded a video demonstrating the thermal control powers of new Renoir desktop APUs. The techie Tweeted that “The new Renoir APU works pretty fine without any cooling solution”, and indeed this is what the video seems to show.

The APU can be seen running in an open system lacking both active and passive cooling, with nothing but almost-still air surrounding it. Both the Crysis benchmark, Furmark, and 3DMark Time Spy are used to test the processor, with the APU achieving a graphics score of 353 and a CPU score of 1,262 on Time Spy.

Fritzschens Fritz explains how the test works and why it’s important. “This little test shows how well the overheating protection for AMD’s new Ryzen Renoir APU performs. The Renoir Mobile Tuning tool helps set the original temperature limit down to 90°C. Thermal resolution is 384 x 288. The 120mm fan runs at 5V and produces low but constant airflow.” So, the build isn’t entirely devoid of fans, but it might as well be.

AMD APUs are processors that act as both a CPU and a GPU on one die. While they’re not the best gaming CPUs around, they’re a great choice for budget builds. In particular, they’re good options for those who want to get started with a cheap gaming build for 1080p gaming, but who will later want to upgrade to one of the best graphics cards. In other words, they’re a great way to get started with PC gaming.

The upcoming AMD Renoir 4000-series APUs are the next generation of these APUs, acting as a refresh of current 3000-series APUs like the Ryzen 3 3300G. The processor that’s being tested in the video, however, is apparently a Ryzen 3 4300U, where the ‘U’ indicates low power, in this case a 15W version of the mobile CPU. But it’s still an APU just like the G SKUs, this one using RX Vega 5 graphics.

There’s recently been increasing speculation over a desktop Renoir release date, with rumours that it will launch either early next month, or late next month. People are pretty confident that next month, July, is when we’ll see AMD Renoir desktop APUs be released, though. While only a rumour at this point, Igor’sLAB has suggested that the release will be a silent one, only for system integrators and without retail.

There are also a few extra SKUs than originally expected now rumoured to launch, making the entire range as follows:

The ‘GE’ suffix means the processor is more energy-efficient than its ‘G’ equivalent (usually meaning it’s also a bit slower). If these SKUs are correct and are what AMD will be releasing, then this adds credence to the idea that it will be a “silent” (according to Igor’sLAB) release, as it’s unlikely that a range of ten Renoir APUs will be released on desktop. We’re still hopeful for a proper Ryzen 5 4300G desktop release, though.