AMD’s Raise the Game bundle gives you two games and three months of Xbox Game Pass for free whenever you buy certain AMD Radeon 5000 series graphics cards. Previously, only the 5500 series and 5700 series cards were included in the offer, but AMD has now expanded this range to include the RX 5600 XT. That’s not the only change, however.

Previously, each graphics card would be tied to two games out of a preselected three, with one of the 5500 XT’s games being Warcraft 3: Reforged. But, along with the addition of the 5600 XT, AMD has now also removed Warcraft 3: Reforged from the list (via Fudzilla).

So, there’s the addition of a GPU to its Raise the Game bundle, and there’s the removal of a game. The games on offer currently are Monster Hunter World: Iceborne Master Edition, Resident Evil 3, and Tom Clancy’s Ghost Recon Breakpoint. All cards get Resident Evil 3 in the deal. AMD Radeon RX 5700 series and 5600 series cards (including the newly-added 5600 XT) also get Monster Hunter World, and the 5500 series gets Ghost Recon. 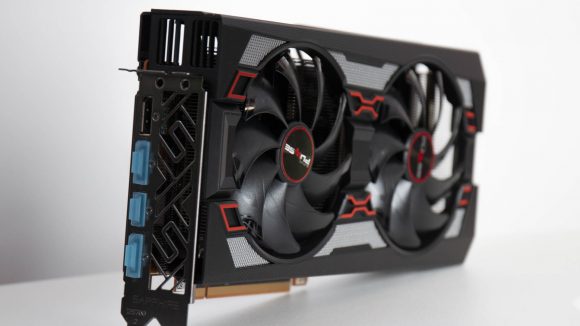 Since its release, Blizzard’s Warcraft 3: Reforged has been under much scrutiny and has received a lot of criticism. The remastered version of Blizzard’s 2002 game was the subject of controversy after it was discovered that the Reforged version of the game overwrites the original version of the game, even for those who haven’t bought the Reforged edition. This, combined with the fact that the new client doesn’t support many of the original features of the game, made it the worst user-rated game ever on Metacritic.

Putting Warcraft 3 aside, the addition of AMD’s Radeon 5600 XT to its Raise the Game bundle is great, especially considering it was at the top of our list of best graphics cards in 2020. It’s a fantastic card, offering similar performance to Nvidia’s RTX 2060 but for less cost. It’s simply one of the best value cards that you can buy in 2020 when considering its price and performance ratio. Add in two triple-A games to that deal with AMD’s Raise the Game bundle, and it’s tasting even sweeter.