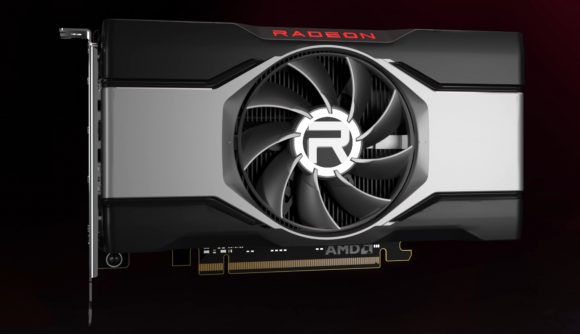 Less than a week since its October release date was leaked, more details have surfaced on the upcoming AMD RX 6600 GPU. As reported by Videocardz, Portuguese retailer PCDIGA has uploaded a (now removed) listing of a Sapphire Pulse RX 6600 at an eye-watering price of €590 (approx. $690 USD / £509 GBP). While it’s unlikely that this is the card’s MSRP, with the more powerful RX 6600 XT costing just $379 USD / £329 GBP, it’s a stark reminder that the MSRP of any graphics card, new or current, isn’t guaranteed with the ongoing chip shortage.

While the GPU’s official pricing remains a mystery, the product page confirms several of its key specs. The RX 6600 will come equipped with 8GB of GDDR6 VRAM, which should be plenty for the 1080p resolution that this card is likely meant for, but no official benchmarks are available at this time.

Additionally, this particular Sapphire Pulse variant is the smallest RDNA2 card released by the manufacturer and uses a single 8-pin power connector.

The RX 6600 won’t be the best graphics card in terms of raw performance, unlike the record breaking RX 6900 XT, but its value proposition remains questionable even without benchmark data. As briefly touched on earlier, the GPU market as a whole is in dire straits with supply shortages meaning products simply aren’t selling for their MSRPs. Therefore, even with the RX 6600’s undoubtedly budget-oriented MSRP, buyers will be hard pressed to find it at that price if they can find it at all.

Then there are the offerings from the competition; namely the RTX 3000 series. AMD’s RDNA2 and Nvidia’s Ampere microarchitectures currently trade blows in terms of gaming performance but rumours suggest that an RTX 3000 Super refresh is on the way, which could make AMD’s offerings far less enticing.