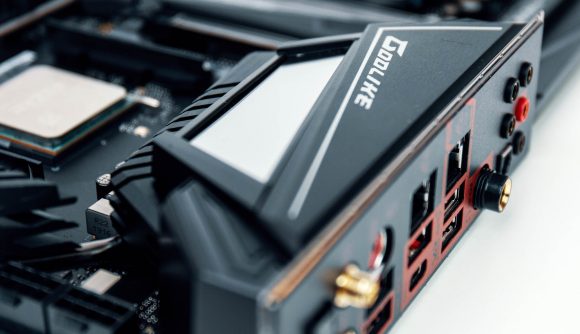 AMD is now offering boot kits for users attempting to update 400-series motherboards for compatibility with Ryzen 3000 processors. Despite previously claiming at a pre-launch tech day that boot kits would not be offered direct via its support channels this time, the company is now reportedly going to do just that for Ryzen owners with nowhere left to turn but big red.

The free kits are comprised of an Athlon 200GE, an entry-level APU, a slim cooler, and a prepaid return shipping label valid for the 10 days in which you’ll need to boot your system, update your BIOS, and ship the boot kit APU back to AMD.

Most 300- and 400-series motherboards are compatible with AMD’s latest Zen 2 processors. Even the top octacore chip today, the Ryzen 9 3900X, supports the AM4 platform, does so without any reported loss in performance. However, to unlock said support, you must either buy a BIOS already fitted with a recent BIOS version or update it yourself – the latter requiring a pre-Zen 2 processor in order to be completed.

That’s where the boot kit comes in. You can use the lightweight APU to boot your system, install the latest BIOS version, and then make the swap to your Ryzen 3000 processor.

Previously AMD had said to PCGamesN that it would not be offering these boot kits again – a comparable Bristol Ridge boot kit had been available to transition users from Ryzen to second gen units – but it looks like either lines were jumbled during the busy pre-release period or a decision has been made by AMD to reverse this decision post-launch.

“Once you have submitted your claim for a processor loan boot kit, AMD will require pictures of your 3rd Gen Ryzen Desktop Processor and AMD Socket AM4 400-series motherboard, which clearly shows the model numbers and unique serial numbers as well as a copy of the purchase invoice(s) to authorize the request. Additionally, a summary or copy of communication with the motherboard manufacturer is requested to indicate why support from the Original Design Manufacturer (ODM) is not suitable.

“Once the RMA request is approved, the AMD Athlon 200GE processor will be sent with pre-paid return shipping. The processor is provided as a temporary loan to you for the sole purpose of updating the BIOS and must be returned within 10 business days of receipt. It is not necessary to return the provided thermal solution.”

Read more: This is the best graphics card to pair with today’s top silicon

It’s worth noting that AMD requires you to have exhausted any and all avenues with your motherboard manufacturer before seeking its help. Your retailer will also have measures in place to ensure you can use your motherboard correctly. These should be your first port of call.

BIOSes with flashback button functionality on the rear I/O also do not require a boot kit to be updated sans compatible CPU.

If you’re having trouble updating your BIOS, or the Ryzen 3000 update just won’t take, then you may find either our guide on how to update your BIOS or how to fix your Ryzen 3000 not booting of some use.