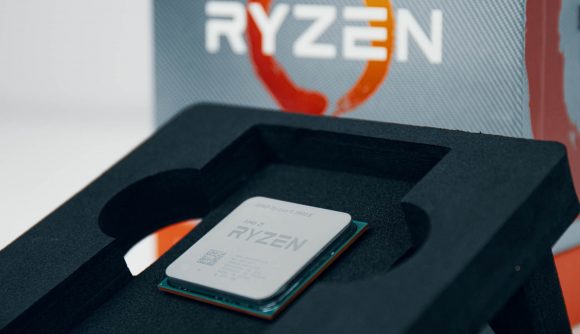 Hardware land is going crazy about the supposed AMD Matisse refresh – countless stories, including our own, on expected new Ryzen 3000-series processors. Yesterday we reported that clock speeds are rumoured to increase by 200 to 300MHz in the refreshed CPUs, meaning the Ryzen 5 3600XT could potentially be the new best gaming CPU. But today 3DMark entries have been spotted that put some of these CPUs only a smidgen higher than their non-refreshed counterparts.

For both the 3800XT and 3900XT, in the screenshots, the boost clocks are within the range of a +100MHz increase, given that clock speeds are rarely dead-centre. The reported base clocks for both SKUs remain the same as their Matisse counterparts – the Ryzen 7 3800X and the Ryzen 9 3900X.

These ‘Matisse Refresh’ CPUs are expected to launch within the next few weeks, and while previously it looked like the new Ryzen 5 3600XT, if it exists, could become the new best gaming CPU, these newly discovered 3DMark entries would make it doubtful.

If there is a Ryzen 3000-series refresh, we can only assume that prices will be set higher than original Matisse SKUs, either through extra Matisse discounts or a higher ‘Matisse Refresh’ base price. And if clock speeds end up being as reported in these entries, then we can only assume a similar marginal increase for the Ryzen 5 3600XT, for probably a significantly higher cost than the Ryzen 5 3600, the current best gaming CPU considering both its price and performance.

There’s definitely an ‘if’ there, though. These clock speeds are not confirmed, and even if they’re accurate they might not represent the final product that’s released for purchase. Not to mention there could be other things going on under the hood to increase these SKUs’ performance, such as boost algorithm optimisations.

In fact, there’ve already been Cinebench benchmarks spotted on CPU-monkey (via Wccftech) that put the single core performance of the Ryzen 5 3600XT higher even than the Intel Core i9 10900 (but not the 10900K), which seems… doubtful, to say the least.

Really, though, we won’t know how these refreshed Zen 2 CPUs will perform – if they even exist – until they’re released and we can get our hands on them for testing.