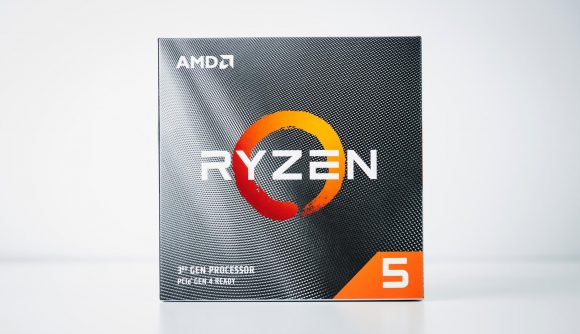 Last week we reported that AMD Ryzen 7 3700X and 3800X CPUs might get a refresh according to some of the latest rumours. Well, even newer rumours are here, and they’re saying that it will actually be the 3600X, 3800X, and 3900X CPUs getting a refresh, and that these new SKUs will offer notably increased performance.

Wccftech also claims that for each refreshed SKU “the core configuration is going to remain the same”, but that “all three CPUs will feature higher clock speeds and enhanced overclock support”, and that “the boost algorithms for the new CPUs are more tightly tuned which should result in a 5-10% performance improvement over existing parts”. The latest rumours also describe refreshed Matisse CPU clock speeds that are pretty impressive.

A poster on Chiphell forums (via Twitter user HXL) says each refreshed SKU will feature a 200-300MHz increase in base and boost clock speeds, as follows:

Base clock speeds have never been the primary selling point for AMD Ryzen 3000-series CPUs, which is why we recommend the AMD Ryzen 3600 above the Ryzen 3600X in most cases – the 200MHz increase in base clock speed doesn’t provide a great performance boost for the price, and only an extra 200MHz on the boost clock, while nice, doesn’t justify the hefty price tag.

What does seem promising if true, however, is that the refreshed CPUs’ boost algorithms will be more tightly tuned. If it’s gaming you’re interested in, boost tech is where it’s at, as these single- or few-core boosts are what keep your CPU quickly pushing frames when under load. If the suspected changes are correct, the combination of increased boost clock speeds and boost algorithm optimisations should make for a worthwhile refresh.

At the higher end of the consumer CPU spectrum (where the Intel Core i9 10900K and AMD Ryzen 9 3900X lie), performance deltas arising from base and boost clock speeds remain fairly small, at least as far as mainstream gaming is concerned. But mid-range CPUs can do well by battling it out on the boost clock speed front, as long as prices don’t oversell the performance increase. There is still a mass of all-important gaming performance to be gained in the mid-range, and a decent refresh can make for a very sweet value offering.

A lot of this will come down to pricing. AMD’s Ryzen 5 3600 is described by us as the best gaming CPU, because it offers unparalleled single-core and multi-core performance for the price, all for a low power cost – and the Ryzen 5 3600X just doesn’t quite cut it for the price with only a 200MHz increase in clock speeds.

With Intel’s i5 10600K entering the market, the Ryzen 5 3600 should still be a better value proposition overall, but those wanting a mid-range option purely for gaming might be swayed by the i5 10600K’s offering (especially given its overclocking potential). If the specs described by these rumours are true, the Ryzen 5 3600XT, at +400MHz base clock and +500MHz boost clock above the Ryzen 5 3600, will present a difficult challenge to that offering. It might even end up being the new best gaming CPU, as long as the price is right.