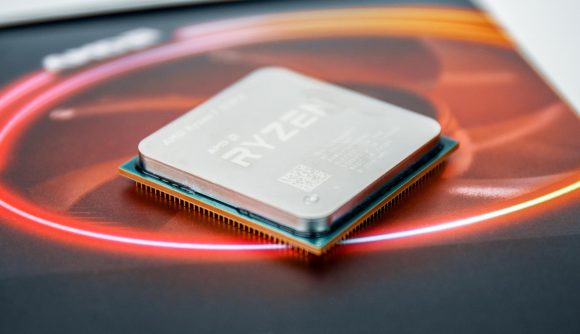 AMD Ryzen 3000 CPUs are currently some of the best ‘bang for your buck’ gaming CPUs – in fact, the AMD Ryzen 5 3600 sits on the top of our list of the best gaming CPUs in 2020. The codename for this line of processors is ‘Matisse’, and whispers through the grapevine are now telling us that some of these processors will soon be refreshed.

Twitter user HXL (via VideoCardz) tweeted the names of these apparent upcoming SKUs. Unfortunately, this rumour doesn’t say anything about the Ryzen 5 3600 or 3600X, rather it’s the 3750X and 3850X that will supposedly be released over the next couple of months – presumably refreshes of the eight-core Ryzen 7 3700X and higher-clocked 3800X.

Rumours like these are rarely worth paying attention to, but another apparent leak corroborates the story. Twitter user Hassan Mujtaba tweeted a picture supposedly taken from Gigabyte’s B550 press kit, which shows a timeline with the words “Matisse and refresh” signposted.

HXL’s tweet also mentions apparent release dates for this Ryzen 3000 refresh: June 16 for the SKUs’ release, and July 7 for the beginning of their sales.

People have already speculated that AMD is making moves to combat the impending release of Intel Comet Lake processors, such as by discounting its AMD Ryzen 9 3900X CPUs. (I’m not convinced – AMD CPUs have been discounted for a while, now). This ‘Matisse refresh’ rumour could potentially be borne from this same sort of speculation, by thinking that AMD needs to respond to Intel’s upcoming processors and therefore needs to release a Matisse refresh.

It would be an exciting refresh, though. We call the AMD Ryzen 7 3700X the “best CPU for productivity”, because it hits the sweet spot between price and multi-core performance – the sort of performance required for streaming or video editing more than for gaming. It’s still a dab hand at gaming, though, and is one of the best all-round options if you want a high-end CPU without emptying your entire emergency fund to afford a Ryzen 9 3900X or Intel Core i9 9900K.

So, if these rumours are true, the Ryzen 7 ‘3750X’ might soon be a new go-to high-end CPU for the combination of excellent multi-core and gaming performance. But that’s a big ‘if’, despite the two apparent leaks corroborating each other. AMD B550 motherboards are expected to release around the same time as the supposed Matisse refresh release date, though, so there’s that.