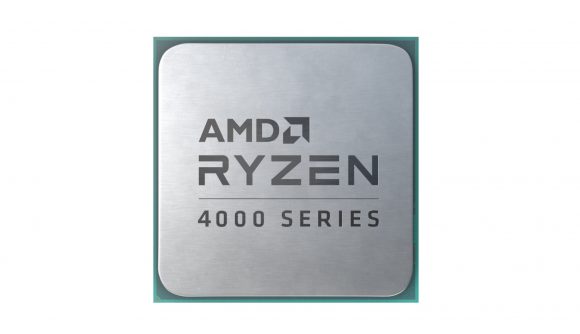 We’ve long considered the AMD Ryzen 5 3600 the best gaming CPU thanks to its unholy trinity of a great core count, single-threaded performance, and low price. But AMD’s Ryzen 4000 APUs (accelerated processing units) are coming, and the latest leak shows the Ryzen 5 3600 might soon face some serious competition at its price range.

Prolific hardware leaker momomo_us tweeted the prices of AMD’s processor lineup, including those for the new codename ‘Renoir’ 4000-series APUs. These prices are taken from supposed leaked slides found in the replies to the tweet, and show the AMD Ryzen 5 Pro 4650G(E)’s suggested price as only $10 more than the Ryzen 5 3600 at $209.

This is a ‘Pro’ processor, meaning it’s designed for professional use and should have business-oriented features like memory access security and remote management systems built-in. However, we know that non-Pro variants will be hitting the market, too, originally in OEM-only form but later to be released as standalone consumer variants. And we can only assume that DIY processor prices will remain somewhat similar even if not entirely identical to the OEM pro variants.

The new APU prices taken from the leak are as follows:

The reason we can assume that prices will remain roughly the same for consumer non-Pro variants as listed here is because, first, we might expect OEM wholesales to retail for a little cheaper than individual consumer retails. Second, we should expect non-Pro variants to retail for a little cheaper than the Pro ones. These two should cancel each other out, leaving prices roughly the same as what they appear on the leaked slide – providing it’s credible and accurate.

Analysis: the AMD Ryzen 5 4650G should give the Ryzen 5 3600 some serious competition

AMD APUs like the Ryzen 5 3400G have historically held a fairly specific market in the consumer PC gaming world. They typically cater to those people who want a truly budget build by doing away with the need for a discrete graphics card. For 1080p gaming, for instance, a Ryzen 5 3400G on its own is more than enough to hit 60fps in most games, even if this isn’t on the highest settings.

With the upcoming 4000-series APUs, however, it’s looking like this might change. The 3400G is a four-core, eight-thread processor based on AMD’s previous 12nm Zen+ architecture. It doesn’t pose a serious threat to new 7nm Zen 2 processors like the six-core, 12-thread Ryzen 5 3600 and 3600X. But the new Ryzen 5 4650G APU is also going to be a six-core, 12-thread processor based on the 7nm Zen 2 architecture, and it’s going to have integrated Vega graphics cores. With a supposed boost clock of up to 4.2GHz just like the Ryzen 5 3600, too, it’s hard to see what the Ryzen 5 3600 will offer above the 4650G.

With them having the same core count, thread count, and clock speeds, all on the same process node and using the same architecture, the only real differences appear to be the inclusion of graphics on the 4650G, and that it’s a monolithic die rather than one split into different CCXs. If the prices really do end up being similar then we might have a new de-facto ‘best all-round gaming CPU’ in our midst. However, with the Ryzen 5 3600 being almost constantly on sale, these RRPs might have little practical effect on purchasing decisions – the 3600 might still be the clear winner on the price front.