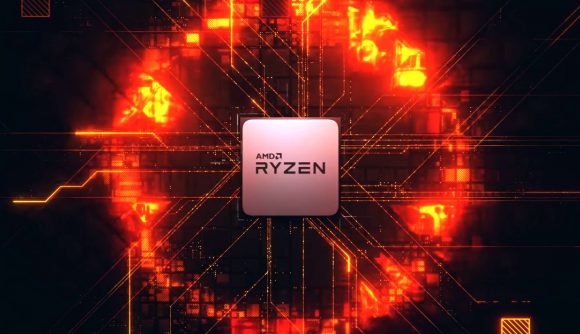 AMD’s Ryzen 4000-series APUs should be hitting the market soon (first as OEM-only, but as DIY PC builder processors soon after). A few days ago we reported that this APU (accelerated processing unit) lineup might include a “Ryzen 5 3600 killer” AMD Ryzen 5 4650G APU if a certain pricing leak is to be believed, but we’re now seeing some apparent benchmark comparisons for the 4650G online, and are ready to take another look.

Hardware boffin ExecutableFix has tweeted some benchmarks of an Nvidia GeForce RTX 2080Ti running alongside an apparent Ryzen 5 4650G ‘Renoir’ APU (the 2080 Ti was presumably chosen to prevent any GPU bottlenecking that might skew results of the processor comparison), and compared to the AMD Ryzen 5 3600. The results show that the 4650G performs worse than the 3600 at stock settings but manages to almost close the gap when both processors are overclocked.

So, how does the 4650G stack up against the 3600 if these benchmarks are accurate? Certainly not the ‘3600 killer’ we originally thought, but not too far from it for those who only want a processor with integrated graphics for starters.

Our reasoning in the previous article was that the AMD Ryzen 5 4650G appears to offer exactly the same stock core count and clock speeds as the Ryzen 5 3600, and is based on the same Zen 2 architecture and made using the same 7nm fabrication process, but also includes Vega graphics cores. There are differences between the two, however. Apart from the obvious – that the 4650G includes integrated graphics cores – one difference is that the 4000-series APUs are monolithic chips that don’t use the Ryzen 3000-series’ split CCX configuration.

Let's go, here's a thread of my results running the Renoir (4650G) with a 2080Ti to see if it would perform better than a 3600. All tests were done 3 times to eliminate run-to-run variation

Disclaimer: It's my first time doing something like this, so any tips are welcome! 😁

Analysis: the 4650G might be a better choice, but only if you’re starting without a graphics card

So, to almost close that performance gap it looks like the 4650G gains a lot of performance out of its memory overclocking – which it should be pretty good at. We’ve already seen the AMD Ryzen 7 4700G hit 4,400MHz on the memory clock with a 1:1 FCLK to UCLK timing ratio for super-low memory latency.

We’ve also seen how impressive the integrated Vega graphics cores should be, as we watched the 4700G play Death Stranding and other games on high settings without breaking too much of a sweat. If you’re a heavy overclocker these benchmark results might tempt you towards the 4650G, but it’s worth remembering that an overclocked 3600 still appears to run slightly better even when both processors are overclocked.

These are the average FPS through all the tests. Summed up: it's not worth it to buy the 4650G if you're going to combine it with a dedicated graphics card, the 3600 will serve you just as well and most times even better pic.twitter.com/lDF9ApGSpf

Where the 4650G will shine, however, is in those builds that are made for the sole purpose of keeping things as cheap as possible while having the option to upgrade a little down the line. With the Ryzen 5 4650G you’ll be able to throw together a $450 gaming PC that can play your favourite esports games, or even graphically intensive games on slightly lower settings, at a smooth enough framerate, and have the option down the line to add only a single component – one of the best graphics cards – and have a full-fledged, mid- to high-end gaming PC.