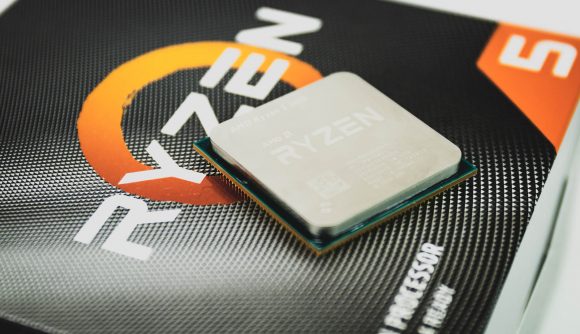 AMD hasn’t even announced its future desktop APUs based on the Zen 3 microarchitecture, but we’re already learning about the upcoming successors to last year’s mobile chips. It seems hardware leaker Momomo_us has beaten the company to it, posting the specs of three future APUs from the red team.

The APUs listed are a high-end eight-core Ryzen 7 5700G running at 3.8GHz, a six-core Ryzen 5 5600G, and a quad-core Ryzen 3 5300G. The eagle-eyed among you will notice that the screenshot posted by the leaker looks suspiciously like the font you’d see on the specs sheet for an HP computer. This raises questions on whether these future chips will be available to consumers or stay exclusive to OEM manufacturers, as the Ryzen 4000 APUs currently are.

If these are made available for individual purchase, the APUs could make the perfect stopgap if you’re building a gaming PC right now, sidestepping the recent GPU stock shortages that look to last until 2022. The Ryzen 7 5700G in particular will still pair nicely as a standalone chip alongside the best graphics card once availability improves further down the line.

Of course, if they hit shelves individually, they might similarly be in short supply. Such is the state of gaming hardware right now.