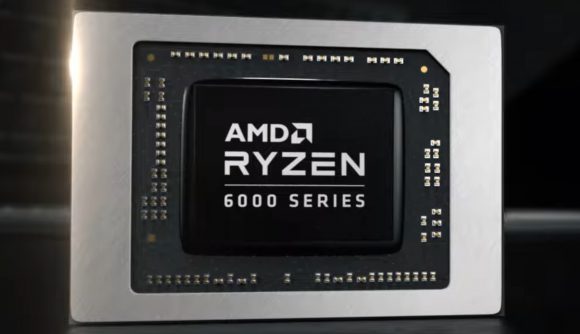 First announced at the company’s Produce Premiere event earlier this month, AMD’s Ryzen 6000 Series mobile processors should make their way into the best gaming laptops in the coming weeks. Team red claims its new CPUs are 1.3x faster on average compared to its older Ryzen 5000 Series chips, and a new Geekbench benchmark appears to validate this. However, it also seems that AMD’s new Ryzen 6000 chips may not be quite as performant as Intel’s Alder Lake platform.

The latest entry for the AMD Ryzen 9 6900HX on Geekbench database (via BenchLeaks) puts the single-core and multi-core score of the processor at 1,616 and 9,939, respectively. This makes the CPU around 14-30% faster than its predecessor, the Ryzen 9 5900HX, and fits will within team red’s claimed 1.3x performance increase.

It’s worth noting that different laptops carry different cooling solutions, so these scores only give us a general idea of what kind of performance differential exists between the two processors. That is, of course, until we can compare the AMD and Intel’s CPUs in laptops with exact same specs and design save for their APU.

One advantage that AMD’s Ryzen 6000 APUs could have over the Intel competition is in terms of graphics performance, thanks to the inclusion of an RDNA 2 GPU. This is the same microarchitecture that powers team red’s best graphics cards, but team blue’s Arc graphics platform could see the companies trade blows in both gaming and production benchmarks in the future.