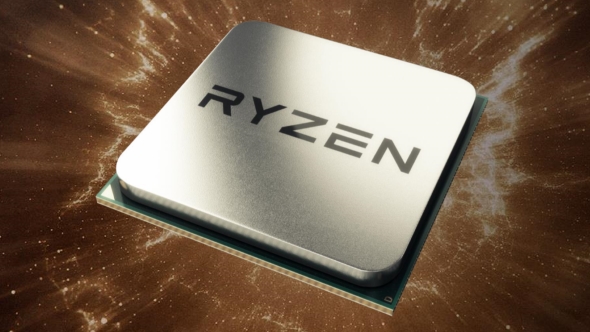 If this latest leak is true it looks like AMD are launching a bazillion new processors in their Ryzen CPU lineup. It also shows that maybe they will be shipping six-core versions at launch after all…

Want to add a little pep to your PC’s step? Check out our guide to the best SSDs around today.

The closer we get to the launch of AMD’s new Ryzen CPUs the harder the rumour mill is grinding away and this weekend saw Chinese site Coolaler.com displaying what was claimed to be the full list of Ryzen processors leaked by a forum member. The site has now removed the post, leading to an ‘Extreme – error’, though the title still exists – ‘amd-r7, r5, r3 model released – as many as 17 models’.

There are a few reasons the post could’ve been pulled. Either it’s utter bull and the admins or poster removed it for credibility’s sake, or it’s true and AMD have been in touch about having it taken down. So it could go either way.

Given that we’re getting so close to the launch of Ryzen now though – potentially just weeks away – it’s quite surprising we haven’t already seen a leaked slide from AMD’s camp covering the full lineup. That said I still can’t help but feel rather sceptical about the veracity of this latest leak, I nearly didn’t post about it at all…

The listing hardly comes from an entirely reliable source. It also flies in the face of the rumours from early last week which stated there wouldn’t be six-core Ryzen chips at launch.There were though the suggestions later in the week that hex-core Ryzen engineering samples were in fact already doing the rounds.

On the face of it the lineup also seems rather long too, with a full 17 different SKUs being set for launch in early March. There have been some suggestions the ‘Pro’ SKUs though could be the ones being designated for OEMs rather than standard retail. With that in mind the release lineup looks a lot more legitimate, comprising three eight core chips, two six-core, two four-core / eight-thread and a final two resolutely quad-core Ryzens set to arrive on retail shelves.

I would still be very cautious about taking this latest leak as utterly reliable, however. The R7, R5, R3 nomenclature has been spoken about unofficially for a long time now, but we’ve still not heard anything from AMD themselves about what they’re actually going to call their new Ryzen CPUs once they do launch.

So this entire listing could all just be pure fabrication, based on little more than fantasy and guesswork. We won’t know for sure until AMD finally lifts the lid on what they’re actually going to release and when. Come on guys, isn’t it about time?

Until then why not peruse our pick of the best CPUs for gaming right now.