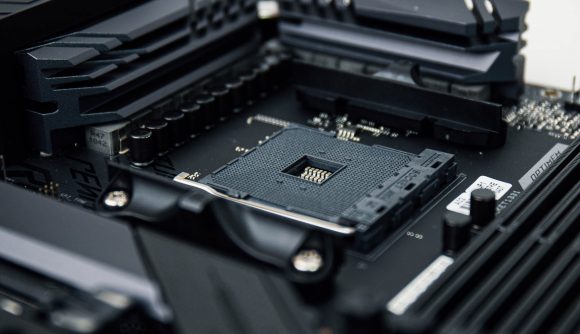 AMD might be sitting pretty with the best gaming CPU on the market right now, but the 500 series chipset powering the motherboards that run it isn’t without its problems. A series of reports have emerged about the new platform, highlighting inconsistent USB connections that intermittently cut out, rendering the best gaming keyboard and best gaming mouse useless in the process.

Acknowledging the issue, AMD is attempting to find the root cause and has enlisted the help of Reddit to gather additional information, including system configurations that are affected. Anecdotal evidence points towards PCIe 4.0 settings or an under-developed power-saving mode playing a role, with some systems running third and fourth generation Ryzen processors also suffering from the problem, but it’s difficult to tell during the early stages of investigation.

It’s less than the ideal fix, but there are several workarounds suggested by the community that have worked for some, such as disabling C-states or reverting the x16 slot to PCIe 3.0 in the BIOS. Note that this doesn’t work for everyone, however, and if your motherboard’s BIOS doesn’t separate x16 from NVMe in the options, you could end up with a slower SSD as a result.

If you’re experiencing the problem and want to contribute towards fixing it, AMD asks that you create a support ticket via customer service. If you comment on the Reddit thread directly, however, a representative might reach out to you for more details, so it’s worth doing both.

“AMD is aware of reports that some users are experiencing intermittent USB connectivity issues reported on 500 Series chipsets,” a representative tells us. “We have been analyzing the root cause and are reaching out to affected users to gather detailed hardware configurations, steps to reproduce the issue, specific logs, and other system information pertinent to verifying our development efforts. We will provide an update when we have more details to share.”