AMD’s next-gen X670 chipset could be once again manufactured by a third-party, insider sources report. Despite efforts to design its latest high-end chipset in-house with X570 and Ryzen 3000 CPUs for PCIe 4.0 support, AMD is said to be back relying on third parties, likely ASMedia, to produce a platform controller fit for its next-gen Zen 3 / Ryzen 4000 processors expected in the new year.

The news comes from Chinese tech site MyDrivers (via TechPowerUp), who claims Xiang Shuo Technology, otherwise known as ASMedia (AMD’s chipset partner and ASUS subsidiary), is back in the saddle for AMD chipset production next year.

It is widely believed that AMD designed and sourced a manufacturer for its latest X570 chipset without ASMedia due to PCIe 4.0 technology constraints. However, this change also saw chipset TDP increase to 12W, necessitating a return of active motherboard cooling. ASMedia had said it will be ready for PCIe 4.0 by the end of 2019, with greater availability for parts in 2020. That just about lines up with when AMD would be gearing up for its Zen 3 processor launch.

ASMedia is said to have won the contract for the design of B550 and A520 mainstream and entry-level motherboards next year. However it’s unclear how these would fit into the company’s launch timeline alongside next-gen Ryzen 4000 processors utilising the Zen 3 architecture.

B550A chipsets making the rounds within OEM builds earlier this year also appeared to be rebadges of 400-series chipsets, which could perhaps indicate true mainstream and budget 500-series chipsets are no more. 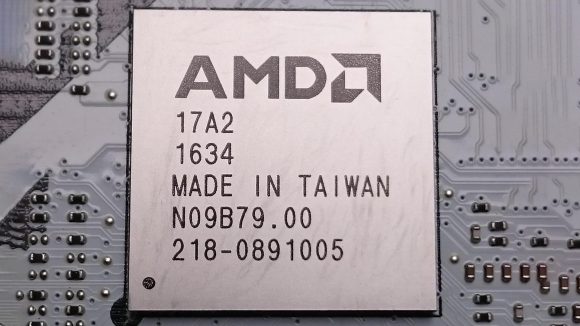 AMD Zen 3 was called “an entirely new architecture” by company executive Forest Norrod, indicating sweeping changes to the Zen 2 architecture only a year after introducing chiplets to the mainstream market. It is also expected to be the last to utilise the AM4 socket, which has been the socket of choice for the entire AMD Ryzen CPU lineup so far.