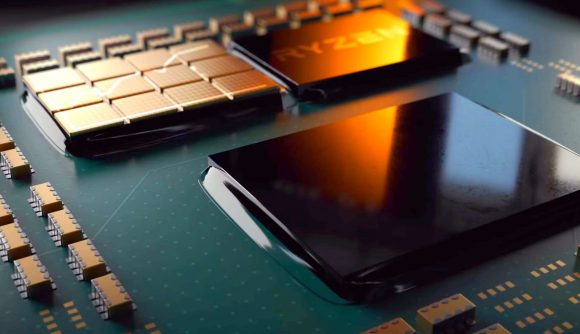 The AMD Zen 3 processors are not far away now and it seemed as though TSMC was dropping hints that we were going to be hearing more details about their makeup “in the coming months.” During a recent Meet the Experts briefing between TSMC and AMD execs, TSMC’s Godfrey Cheng tantalisingly teased that, alongside its new 7nm+ process node, there would also be advancements to the chiplet packaging design being announced soon.

Because Cheng’s comments had been made in reference to AMD’s Kevin Lensing talking about the 7nm process and chiplet packaging technology AMD was using for Ryzen chips, it had seemed as though he was talking about upcoming technologies being prepared for the next generation of AMD processors.

AMD has been in touch this evening, however, to clarify that Cheng had only been talking about “TSMC’s plans to discuss their technology further in the near future, not to AMD and TSMC’s cooperative plans to dicuss any potential future product developments.”

TSMC is the pure-play foundry that makes all of AMD’s silicon dreams come true, it provides the manufacturing might the company divested itself of when it shipped off its own fabs creating Global Foundries all those years ago. And as such TSMC has a key role to play in AMD’s future product releases, not just because of the raw production process designs, but also because of its packaging technologies.

One of the things that made the Zen 2 CPU architecture such a game-changer was the mixing of 7nm processing chiplets with a central 12nm or 14nm I/O chip taking care of all the advanced chatty data stuff. 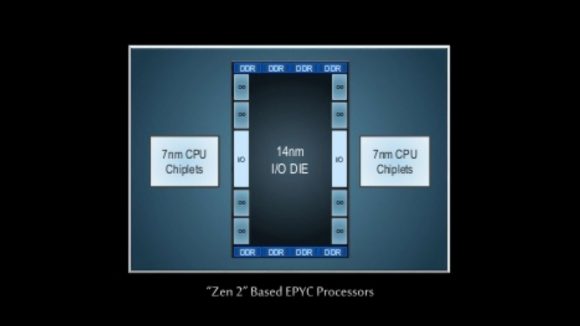 Before that most processors were purely monolithic lumps of silicon, but the chiplet strategy made it technologically and economically viable to jam a huge number of 7nm cores into a single product and still have them all communicating more or less equally. This made the Ryzen 3000 processors, and especially the Ryzen Threadripper monster chips, practically unrivalled in today’s CPU ecosystem, and that’s why AMD continues to dominate our best CPU for gaming lists.

“One thing you’ll hear from us in the near future,” said Cheng in the recent call, “is we’re actually continuing to innovate more on the advanced process technology as well as our advanced packaging technology. Kevin [Lensing, GM at AMD] described that both as N7 and also their chiplet strategy, you’re going to hear more development in the coming months on what we’re doing in that area as well.”

We already know that AMD will be using TSMC’s new 7nm+ (N7+) process design for its upcoming Ryzen 4000 CPUs, but the suggestion that it would also be making genuine changes to the design of the chiplet packaging seemed like something we hadn’t heard before now. 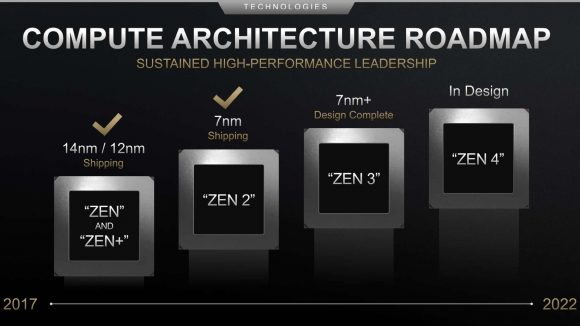 AMD has, however, denied that Cheng’s comments relate to any change in the Zen 3 chiplet design, though there has previously been the suggestion that AMD would be changingsome key specs of the next-gen chiplets. The rumour is that the Zen 3 chiplets will end up as pure eight-core silicon, rather than the twin quad-core CCX design of Zen 2. That would mean a shared 32MB cache and potentially nix any communication issues that might have existed with cores on different CCXs within a chiplet chatting with each other.

But whatever TSMC and AMD has planned for the Zen 3-based Ryzen 4000 CPUs we’re still hoping that we’re going to hear something concrete about it in the coming months.