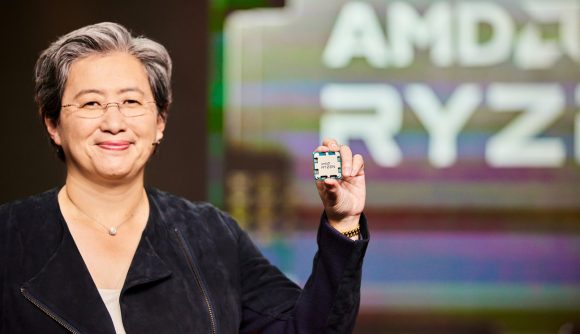 During its Product Premiere earlier this year, AMD revealed plans to launch Zen 4 Ryzen processors sometime in H2 2022. While many believed we wouldn’t see AM5 chips until Q4, new rumours suggest we may not have to wait quite as long for what will undoubtedly be team red’s best ever best gaming CPUs.

Hardware leaker Greymon55 claims that Zen 4 will arrive before Q3 2022 and that AMD’s plans are “very different from the early days.” What this means exactly isn’t entirely clear, but it could be that the company has changed course following the surprisingly strong competition provided by 12th Gen Intel Core processors.

When pressed for a more specific date by Twitter users, Greymon55 happily obliged by revealing that new Ryzen 7000 CPUs will arrive before August, meaning they’ll be with us sometime in July. If AMD can stick to this release date, it may give them a significant lead over Intel’s 13th gen Core processors, codenamed Raptor Lake, which are also scheduled to arrive later this year.

Before AM4 is eclipsed by its successor, AMD plans to release one final CPU for the platform: the Ryzen 7 5800X3D. The chip boasts a whopping 96MB of L3 cache which should make a great addition to any gaming PC, provided crypto miners don’t guzzle up all the available stock of course.

The plan is very different from the early days.

2022 is an important year for both AMD and Intel in terms of GPUs too, with both companies set to release their best graphics cards to date with RDNA3 and Arc Alchemist pixel pushers later this year.