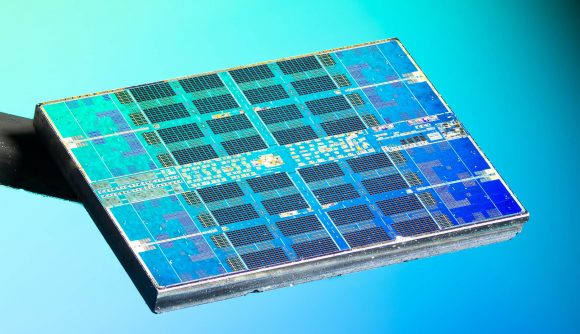 AMD has shipped over 260 million Zen CPU cores to date. Building on its successes with the Zen architecture in 2017, AMD’s been increasing core counts and shipments of its popular desktop and server processors with every new generation since – and it would appear Zen 2’s on track for another stellar performance.

Starting with the Zen architecture in 2017, AMD shipped CPUs equating to roughly 50 million cores over the course of the year. That’s a mix of 4-, 6-, and 8-core parts. It then went on to more than double that figure with Zen+, and Ryzen 2000 processors, which shipped 110 million cores over the same period. That generation marked a change for the industry, when everyone started taking notice.

Today, with Zen 2 taking centre stage within 3rd Gen Ryzen, Threadripper, and EPYC Rome processors, AMD’s looking at another 100 million cores. That’s in just eight months – well on track to topping the company’s past record. AMD’s grand total is now sitting at 260 million cores shipped since 2017, but 300 million won’t be far off at this rate.

“The highest volume is in client products” Mark Papermaster, AMD CTO, says during the company’s Financial Analyst Day. “With Ryzen in early 2017, about a year later, 50 million Zen cores shipped in the market. We bumped that performance with the key Zen+ release and you can see that we jumped to almost 160 million devices with that 2nd generation Ryzen.

The composition of the Zen 2 product stack has changed considerably since Zen+, however. Six cores have become bare minimum among desktop processors, 16 cores are available on AM4, and Threadripper/EPYC server parts are now available with up to 64 cores a piece. That’s bound to skew the numbers. But who cares – more cores!

AMD uses a chiplet architecture across its current generation CPUs. Utilising 7nm chiplets, or CCDs, across all of its designs allows it to scale core-counts without incurring colossal costs. A 16-core processor built with dual 7nm chiplets connected to a cheaper die would reportedly cost less than half as much as a monolithic 7nm processor.