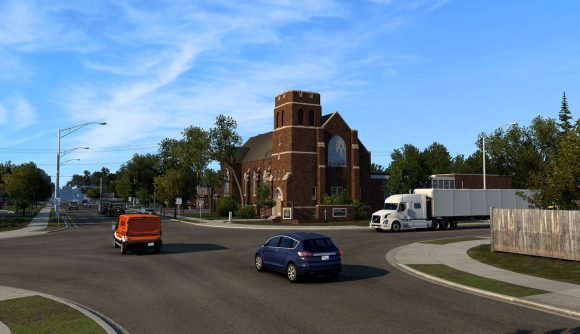 One of the best parts of Truck Simulator is the digital tourism, and this week the devs at SCS Software have offered a double-dose of geography lessons from American Truck Simulator‘s upcoming Texas and Montana DLC packs. If you want to know the length of Texas’s shore on the Gulf of Mexico as part of your videogame marketing, the devs have you covered.

That length is 367 miles, by the way. The latest blog post on Texas delves into some of the cities along the state’s coastline. For example, Corpus Christi has a view of the “Texas State Aquarium and USS Lexington, which used to be one of the biggest aircraft carrier ships in the 1920s. Oh, and if you are wondering about the unique name of the city, it comes from Ecclesiastical Latin, meaning ‘body of Christ’, and it was given to this location in the year 1519 on the day of Feast of Corpus Christi. We figured you might want to know!”

You’re right, SCS Software, I did want to know. And what about Montana? In that blog, it’s all about the city of Great Falls, home to 60,000 people, and known as the ‘Electric City’ because “of its numerous dams and power plants”. You can also expect to see “landmarks such as the Museum of Art, several churches and banks”.

The free 1.44 update for both ATS and Euro Truck Simulator 2 is now in beta, and introduces new features like mod refunds. You might want to make time to give that update a test drive, because there’s still no release date for the Montana or Texas DLC just yet. There are plenty of truck games for you to check out in the meantime, though. 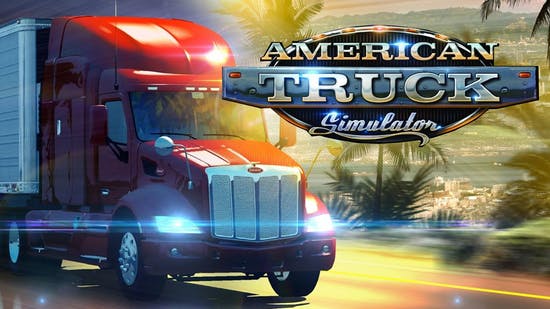