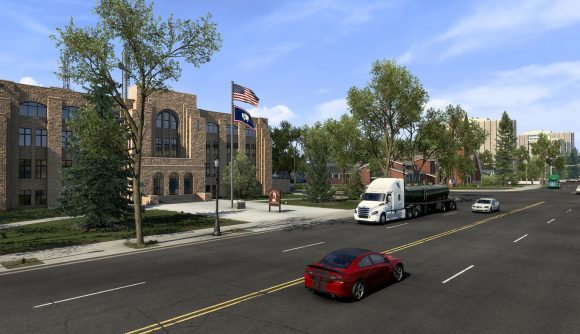 The Wyoming release date is July 10, 1890 – that’s when the territory was admitted to the United States. But if you’re reading this, you’re probably more interested in the release date for American Truck Simulator‘s Wyoming DLC than my dumb jokes. Luckily for both of us, the devs at SCS Software have finally confirmed when we can expect digital Wyoming to arrive.

American Truck Simulator’s Wyoming DLC is set to launch on September 7, as a new blog post confirms. The price has not yet been confirmed, but previous state DLC packs for ATS have been priced at $11.99 / £8.99 / €11.99, and that price is likely to hold until we get something truly massive, like Texas. We’ll also get a new World of Trucks event will arrive alongside the DLC, offering some new in-game rewards to earn in celebration of the release.

We’ve gotten loads of early details on what to expect from this version of Wyoming, including the road map, the rest stops, the weigh stations, and the water.

And in case that wasn’t enough, we’ve got a new trailer, too – which may be the most American thing I’ve ever seen in my life. 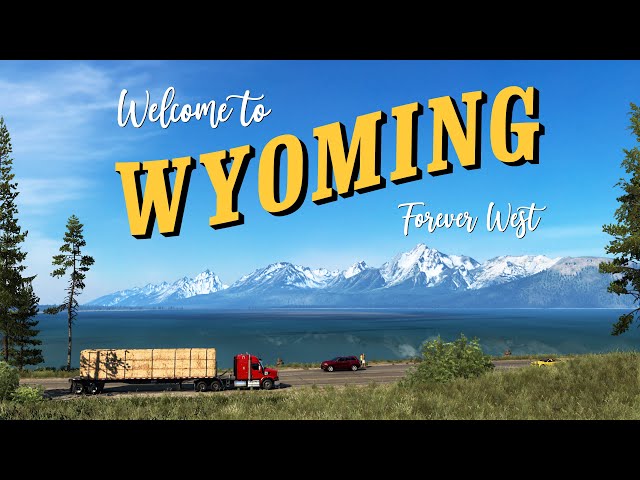