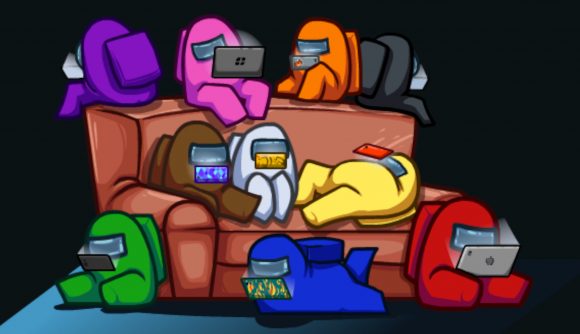 If you’ve looked at the top games on Twitch or the Steam concurrent player charts lately, you might’ve seen an unfamiliar name: Among Us. Originally released back in 2018 by indie studio Innersloth, Among Us is a multiplayer title similar to party games like Mafia. It’s had a modest following of players over the years, but has exploded in popularity since June – and now the player count for Among Us reaching astronomical heights.

Over the weekend, the Among Us reached 1.5 million concurrent players across its Steam, iOS, and Android releases, as the devs announced on Twitter – there’s full cross-play between platforms, so those players are all part of the same pool. On Steam alone, Among Us peaked at 166,685 players on Sunday, September 6 – a number to rival that of anything but Steam’s three biggest games.

During its first year of release, a typical Steam player peak for Among Us was around 10, as SteamDB shows. That ballooned into a few hundred in 2019, but it wasn’t until June 2020 – alongside a number of high-profile Twitch streams – that the game started reaching into the thousands, then the tens of thousands, and now the hundreds of thousands.

The sudden success has taken a toll on the small team of developers behind Among Us, too, as they’ve now got to deal with server issues for a game that formerly had just a handful of players at a time. The devs have a plan in mind to improve matchmaking over the course of the week, since Among Us wasn’t really designed to handle this many people trying to matchmake at once.

tl;dr:
– Thank you!
– It's harder than just adding servers.
– I have a plan, but it will take 5 days.
– I have worked too many hours, today is a break.
– This weekend might get rough. Try other regions.
– Uhhh, I think that's it? I gotta go eat something. https://t.co/DGt8QodYTl

Even with some growing pains, it’s fabulous to see a smaller name in the world of multiplayer games have such an explosive bout of success.