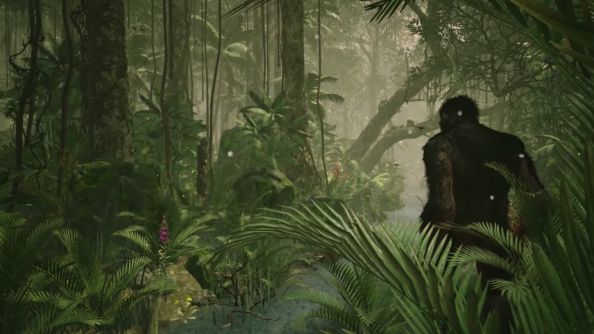 The next game from Patrice Desilets, creative director of the original Assassin’s Creed, will no longer be episodic. A new teaser trailer seemingly confirms sabretooth tigers though, so that’s cool.

To live that nasty, brutish and short life, have a browse of the best survival games on PC.

Desilets announced the change earlier today at the Reboot: Develop conference in Dubrovnik.

“Exclusive: the episodic nature is gone,” said Desilets, possibly accidentally, as he followed with: “I’m not sure I was supposed to say that.”

Undeterred, he continued: “I’m letting players tell their own stories”, and reaffirmed that Ancestors remains “a third-person action game set between ten to two million years ago”. Ancestors will follow human evolution, beginning with our species’ origins in Africa. Elsewhere in his talk, Desilets hinted that the game will feature resource management systems, as one might expect from that premise.

He also noted that “this is Ancestors 1”, possibly betraying an ambition for a sequel.

Ancestors was first announced almost two years ago, in an interview with Game Informer that also discussed Desilets’ occasionally rancorous relationship with Ubisoft, publishers of Assassin’s Creed and hence, his former employers. Originally, the plan was for each ‘episode’ to focus on a particular defining event in human evolution, with one early example being the discovery and harnessing of fire.

A new teaser trailer, showing pre-alpha footage, has made its way to YouTube to coincide with the talk. It mainly shows wildlife and foliage from prehistoric Africa, which means crocodiles and sabretooth cats, so that’s what you’ve got to look forward to.