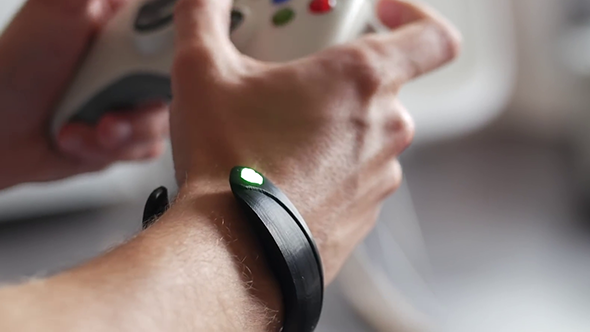 If you’ve ever wanted to know just how infuriating a particular Dark Souls boss is, the Ankkoro smartband may one day be able to tell you. This Kickstarter smartband utilises four sensors to sense your emotional state and potentially inform the game or an entire audience of Twitch viewers how you feel – whether that’s happy, sad, stressed, worried, or even bored.

The Ankkoro bracelet monitors your body temperature, gestures and movements, skin reaction, and heart rate to create a constantly updating image of your emotional state. The creator’s believe this tech has the capacity for a huge range of applications, from game development to real-time events in-game.

Prefer to take the traditional approach to gaming? Here are the best gaming mice we have had our mitts on.

Currently only a handful of titles are supported by the smartband. Four out of the six listed games are VR titles, which the creators believe will separate the bracelet from other biometric devices. After all, Ankkoro isn’t the first of its kind, but while others were often head-mounted – and therefore incompatible with VR – Ankkoro isn’t so limited due to its location on your wrist.

These games will directly interact with the information provided by the smartband in a variety of ways – from saving short clips when your emotions spike, to actually changing how the game plays to infuriate or scare you. The project also outlines uses for developers in game-testing for the most frustrating areas of a game or experience, and Twitch integration, allowing you to share your emotional state with your viewers. 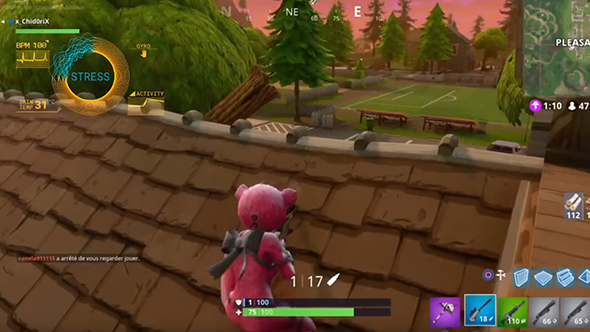 While the smartband monitors your biometric data, the dock station actually acts upon it using a mix of deep learning algorithms. This dock station is even touted as video streaming device – which is potentially either incredibly expensive or unrealistic.

Kickstarter’s ‘risks and challenges’ section is often used as more of an underhanded bragging section than anything informative, and the story is much the same for the Ankkoro.

Ankkoro believes in its product, and wants it to do well, and that’s about as much as you get in the way of risks and challenges. However, Ankkoro is promising to “definitely change your gamer life,” so it might take a little more than the power of positive thinking to get the job done.

Game developer support seems critical to some aspects of the Ankkoro’s success. While the company offers refunds on devkits once biometric support is available in-game, actually persuading any developers to throw precious working hours at what will likely be a fairly limited user base for the Ankkoro seems like a massive undertaking. 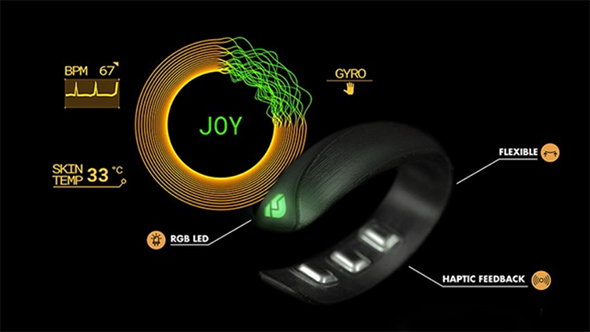 I’m also not convinced emotional immersion will take off in any real way. While the concept is certainly interesting, technology such as VR and AR – even with support from some of the biggest tech companies and game developers on the planet – are still struggling to get off the ground.

But if all goes to plan and Ankkoro is fully-functional by September 2019, maybe there’s hope for a surge of Twitch streamers picking up the smartband, and potentially adding a new layer of incentive or immersion for loyal viewers. Ankkoro’s project is ambitious, maybe to a fault at times, and while the company outright denies the Ankkoro will be in any way a gimmick, if it isn’t all that expensive at launch and dials back the do-it-all buzzwords, it might make for a pretty entertaining one.