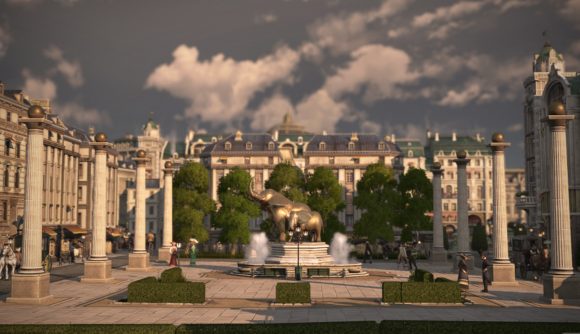 Anno 1800 has a new cosmetic DLC pack on the way, and developer Ubisoft Blue Byte wants you to vote to help decide exactly what it’ll be. As with last year’s Holiday Pack, the studio’s opened up a vote for the city building game’s players to pick one of a few different options, with the winning selection due to arrive “this summer” – and the choices include playgrounds, amusement parks, and a circus.

That’s according to a post on the strategy game’s Anno Union site, in which the dev says, “We want your input on the topic of our next cosmetic DLC Pack, giving you the choice between three themes. Once the voting ends, we will begin development on the new content, which we plan to cover with blogs on the Anno Union to show you how the Union’s chosen topic comes to life”.

The three options included in the vote hinge on the theme of amusement for all your happy Anno 1800 citizens, and, though cosmetic-only (with no impact on gameplay), are designed to offer something “that you can proudly display in your empire all-year-round”.

The three voting choices are as follows (via Ubisoft Blue Byte):

The studio plans to release the upcoming DLC pack “this summer,” the post reads, “at a price of €4.99/$4.99, which will include between 15-20 ornaments, with the exact number depending on the theme and scope (with the Ferris wheel, for example, being a lot more work than two smaller ornaments)”. It’ll be available to grab as a standalone purchase, rather than as part of the Anno 1800 Season 2 Pass.

A circus, a Ferris wheel or rather an ice cream parlour? Which decorations do you want for your city in #Anno1800? Head on over to the Anno Union to vote for your favourite theme for the second cosmetic DLC pack!https://t.co/E76Klq9ApD pic.twitter.com/yl7tJueeos