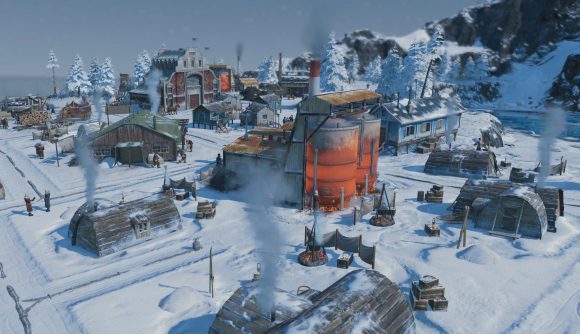 Hot on the heels of the Anno 1800 2020 roadmap reveal, Ubisoft’s got some more good news for all you strategy games fans out there – the game’s free-to-play this weekend.

Ubisoft’s announced the RTS game’s free weekend on its site, during which you’ll be able to get stuck into “the first three tiers of sandbox mode or team up with up to three other players in the 16 player (up to four teams of four players each) co-op mode.” If you’re new to the game, which marks the latest in the long-running Anno series and launched in April last year, this might be just the time to give it a go.

If you’re keen to jump in, the good news is the free weekend’s already live. It runs until 07:00 PT / 10:00 ET / 14:00 GMT March 16 on the Epic Games Store and Ubisoft’s own platform, UPlay, according to the announcement. You’ll need to register a Ubisoft account to play if you haven’t already got one.

If you’re already an Anno 1800 fan, there’s some brand new DLC headed to the game later this March to look forward to. The Seat of Power pack arrives March 24 and brings a palace offering passive bonuses and some new policies, alongside an update the same day that will add some add difficulty options for the influence system. Sweet.

Lead your own industrial revolution ⚙🏭

There’s also more content to follow this summer, including the biggest DLC yet – Land of the Lions – which will “have a deeper impact on things in the old world”, according to the studio.