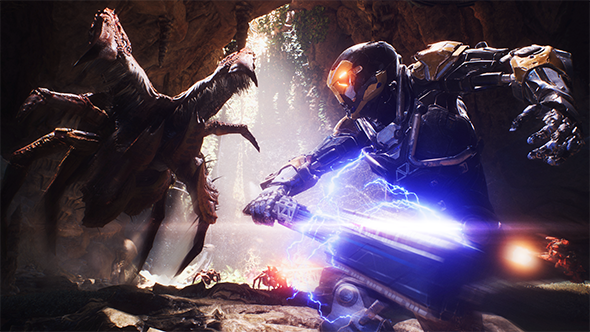 Anthem executive producer, Mark Darrah, has confirmed the E3 conference demo for Anthem, Bioware’s upcoming sci-fi title, was running on dual Nvidia GTX 1080 Ti graphics cards to hit the holy grail of 4K at 60fps. He also confirmed the devs will be working right up until launch day to get the game optimised further.

Jetpacking around open-expanses and blasting alien intruders to bits with a menagerie of weapons is thirsty work, even for your graphics card. Anthem’s E3 demo was exceptionally pretty, all thanks to the capable Frostbite engine, but required two of Nvidia’s finest Pascal graphics cards, assumedly utilising a makeshift SLI profile, to deliver all those pixels on time.

Unhappy with your frame rates? Here are the best 4K graphics cards we could corral.

These 4K recommended specs are far from final, however. Darrah confirms Anthem will continue to be optimised right up until its release date on February 22, 2019, when the game will be launching across both PC, PS4 and Xbox One – so I’m afraid the devs aren’t going to be focused solely on PC performance.

Also worth noting is that SLI isn’t the most consistent performer – both SLI and Crossfire’s days are numbered, after all. SLI profiles are notoriously sketchy at best, even when Nvidia signs them off itself, and second GPUs can vary wildly in their actual performance depending on the title. The second GPU in the system often contributes less than half its standalone performance, and if that’s the case with the latest Anthem demo, a single GTX 1080 Ti may still be plenty capable of 4K at well over 30fps. 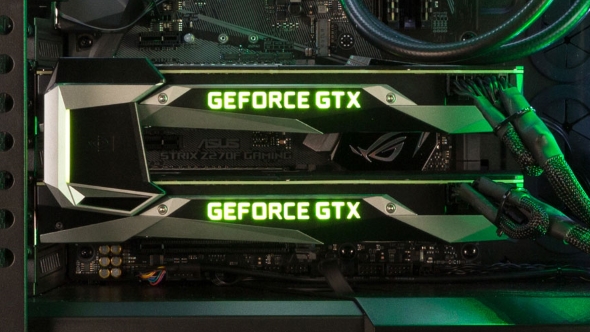 There’s still hope for DX12’s multi-GPU features leading the way for dual-GPU systems. However, titles that support these features through the latest Microsoft API are thin on the ground, even in 2018.

Frostbite is a DX12-capable graphics engine, as shown by the latest Battlefield and FIFA games, but whether mGPU support will be included with Anthem is still very much up for debate.

If all goes to plan, we might well have Nvidia’s GTX 1180 powering our rigs by early next year anyways – potentially even one of AMD’s Navi GPUs will available by the end of Q1.

New graphics tech should make high-fidelity 4K a little less bothersome, and while you’ll likely still need to splash out on high-end graphics tech, hitting the pinnacle of 4K 60fps gaming in the latest titles should be a little less troublesome for your bank account, too.