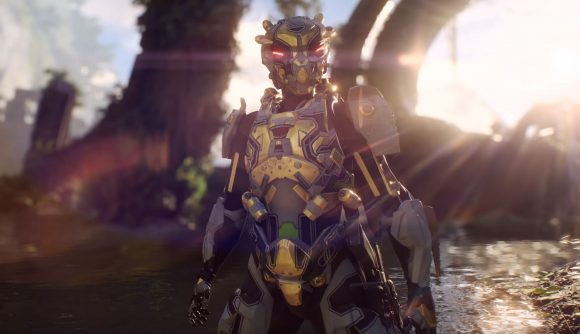 Bioware has released a new trailer for its upcoming RPG, Anthem. The video, which you can check out toward the bottom of this article, offers a closer look at the game's environments and enemies, as well as showing off a brand-new Javelin.

The trailer formed part of NVIDIA’s showcase at this year’s Consumer Electronics Show. A lot of the information on offer is relatively basic, outlining some of the details of the world and the way in which your characters fit into it. While the trailer doesn’t say a lot, however, it does have plenty to show us.

Most apparent are the enemies it showcases. The first is an enormous monster, which comes tearing towards the player at dramatic speeds, before slamming the ground in front of it. The second is some kind of robot, which comes heavily armoured and looks a little bit similar to the Javelin you can see on screen. It can also apparently be found in a much more urban environment than much of what we’ve seen so far, offering a little nugget of extra story information.

The trailer also offers a glimpse at a previously unmentioned Javelin. Until now, Bioware had only revealed four playable classes; the versatile Ranger, the tanky Colossus, the speedy Interceptor, and the mysterious Storm.

Read more: Get a closer look at Anthem’s Fort Tarsis

We only got a glimpse at the new Javelin, but from what I saw it looked vaguely insectoid, with see-through wings and narrow eyes. For the moment, however, there’s no real information as to what will set it apart from the other classes, or whether it will be available on release. 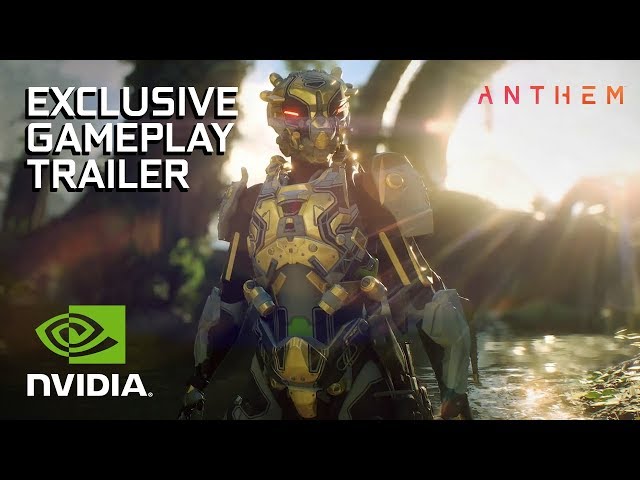 The Anthem release date isn’t particularly far away now – you’ll be able to able to finally pilot your own Javelin on February 22. But if you can’t wait until then, the first Anthem demo kicks off on January 25, starting you at level ten and letting you play with all the toys that BioWare’s new game has to offer.