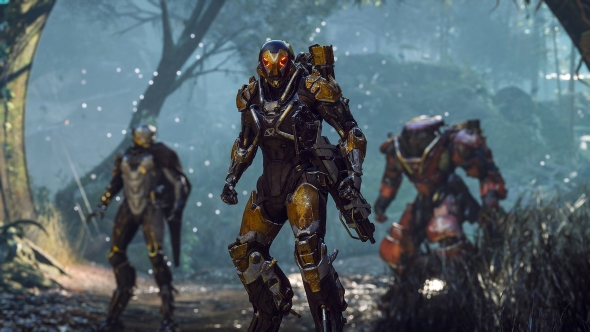 Anthem will encourage players to play alongside allies of different levels. Speaking at E3, BioWare’s general manager Casey Hudson stated that veteran players would be rewarded to helping new players through the early stages of the game.

In an interview, Hudson stated that the removal of PvP from the game meant that “not only can you play with people of quite different levels, we actually encourage that through a mentor system.” That is also relevant to matchmaking – Hudson says that “early in the game, the people you’ll be paired with actually pretty high level people who are earning achievements” for helping out new players.

Working together is always better, so why not check out some more great co-op games?

It’s so central a part of the game that Hudson says it’s even been built into the story, meaning that new freelancers will be going out on missions with veterans as part of the game’s narrative. That’s likely intended to be a cyclical process, with rookies going on to become those same veterans, before then helping out rookies themselves.

You can check out the interview via Gameslice below:

At last night’s EA E3 conference, BioWare revealed the Anthem release date. The conference also revealed that Anthem will have no lootboxes, although you’ll have access to cosmetic microtransactions and will be able to upgrade your javelins over time with new gear.