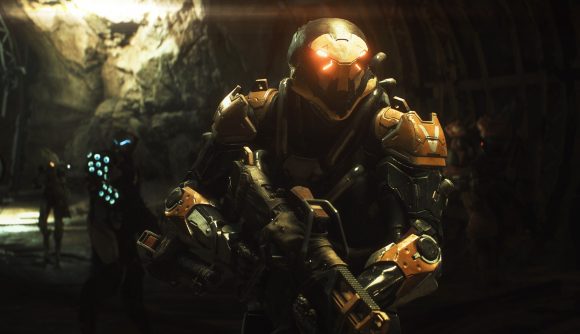 Early response from critics after Anthem’s release wasn’t super positive, and while many players have found enough in the game to keep them coming back, the community’s gotten increasingly frustrated over the game’s lack of content and how the developers have rolled out further updates. Community manager Jesse Anderson has provided a lengthy response to many of those criticisms which is generating a lot of goodwill.

Anderson’s comment comes in response to an even longer post from Redditor harishcs titled ‘ok BioWare, what’s going on?’ That post asks why BioWare has been less communicative after the game’s release, why it’s focused on issues the community sees as trivial, why the game’s lacking in content, and addresses how Anthem is failing to live up to its potential.

The response to that last point is the shortest, but perhaps the most notable. “All I’ll say on this is that Anthem is here to stay. Do we have a lot of work to do to fix parts of the game? Yes, and the team is committed to making improvements and releasing new content.”

Anderson also suggests that the game’s developers got a lot less likely to respond to criticism when it’s hostile. “I don’t mind posting here when things aren’t so nice, but that’s because it’s my job. For the devs it isn’t their job, and I’d like to ask that people remember that when replying to them.”

As for updates undocumented in the patch notes – one of which was part of the reason for a campaign to tank Anthem’s player count – Anderson says it’s a flaw in the team’s process rather than a specific attempt to obfuscate information.

In our Anthem review, we noted plenty of flaws alongside the the game’s potential – and as with any service-style game, the first step in fulfilling that potential is making sure the community’s along for the ride.