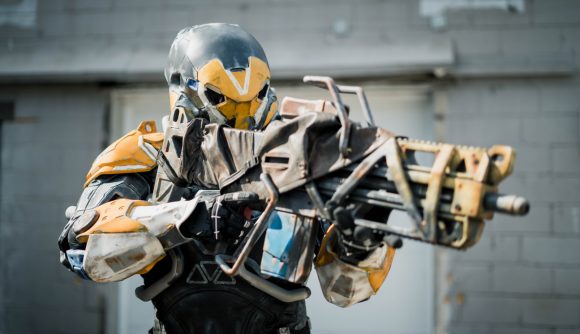 Today, many fans of BioWare’s Anthem are staging a boycott – more specifically, it’s an effort to tank the game’s player count in protest of how the endgame loot system works. The recent 1.0.3 patch was intended to fix loot drops by easing respawn timers and ditching low-rarity drops at high levels, but it also made it much harder to get hold of high-end crafting materials – which was not detailed in the patch notes.

That’s just the most visible frustration among players among many, and the loot problems have spawned a seemingly endless wave of critical posts on the game’s subreddit. BioWare has responded to many of them directly, but as one of the biggest recent posts suggests, that hasn’t been enough.

This post, upvoted over 10,000 times and awarded plenty of Reddit’s gilded honours, suggests a boycott starting today and lasting until March 15. The post’s author suggests that the community “drop the game completely dead for a week and we’ll see. Shit like that won’t go unnoticed by investors nor the developers, Bioware, themselves!”

It’s a lofty goal, and probably an unrealistic one – the 200,000 or so players subscribed to the subreddit, spread across the game’s three platforms, likely wouldn’t even register as statistically significant loss for a game as big as Anthem. But it does serve as a strong example of how frustrated the game’s most hardcore players are feeling about its current state.

The top comment might be even more telling than the protest itself: “Joke’s on you. I stopped playing last week.”

Level up: Check out the best RPGs on PC

Our Anthem review isn’t glowing about the game’s current state, though Rich notes plenty of potential for the game to grow. The first few rounds of updates haven’t inspired much confidence in the community, however.